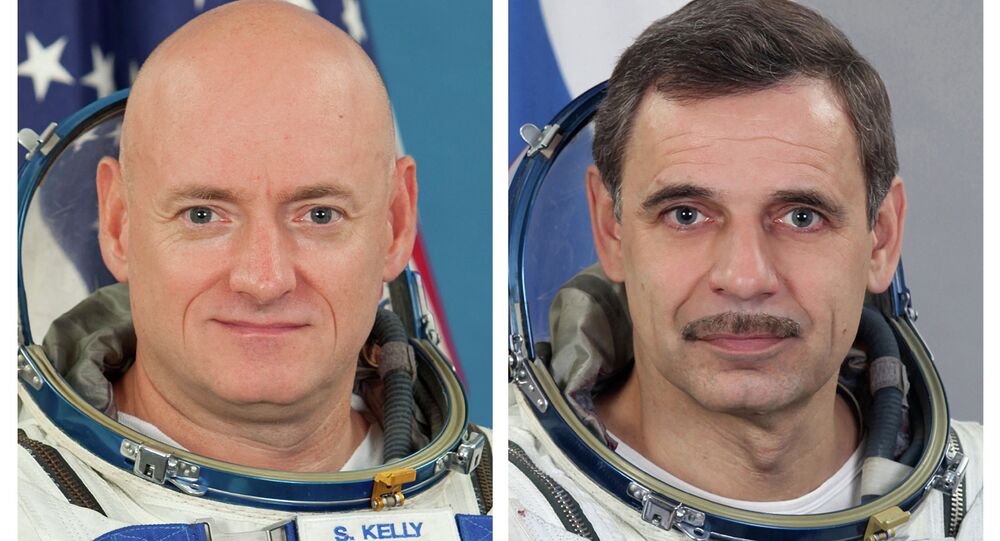 When answering users’ questions posted on the US Embassy’s Facebook page, Russian cosmonaut Mikhail Kornienko and US astronaut Scott Kelly strongly advised to always wear a spacesuit during a spacewalk.

When asked whether blood will boil due to a drop in pressure if the spacesuit is damaged, Scott and Mikhail said: “Well, we wouldn’t advise you to go out in space without a pressure suit, but this is exactly what would happen… Nitrogen dissolved in your system would come out causing your blood to boil.”

Kornienko said that he had been inspired to fly to space by his father.

“My dad was a pilot on a rescue helicopter and he worked with teams who provided initial rehabilitation assistance to landing cosmonauts. He was there when Valentina Tereshkova and German Titov landed,” Mikhail said.

Scott Kelly admitted that he had missed the feeling of sitting in a tub filled with water. He also mentioned “dozens “of computer notebooks being used on board the International Space Station.

“Some of them are used to control the station’s systems, some- for our personal convenience. Each crewmember has an additional notebook in his bedroom,” Scott explained.

© Photo : federalspace.ru
Orbital ATK Spaceship Set to Carry Fifth Cargo Delivery to ISS
Due to the astronauts’ tight schedule many questions went unanswered. Including the one about any “sanctioned” foods being consumed on the ISS and when photographs made on the space outpost were scheduled to go on display.

The landing capsule of the Soyuz TMA-18M spacecraft, carrying three crew members of the International Space Station, landed in Kazakhstan on March 2.

Back to Earth arrived Mikhail Kornienko, Scott Kelly and Russian cosmonaut Sergei Volkov, who had spent six months onboard the ISS.

NASA's Jeff Williams and Roscosmos' Oleg Skriprochka and Alexey Ovchinin, joined them following a launch from Baikonur on March 18.

US magazine Fortune has put Mikhail Kornienko in its list of 50 greatest leaders changing the world. Kornienko shared the 22nd position with US astronaut Scott Kelly. The two have spent eleven months working on board the International Space Station.

“The two men returned to earth on March 2 after working side by side for 340 days in the International Space Station, a journey in which they circled the planet 5,440 times, traveled 144 million miles (nearly the distance from the earth to Mars), and conducted more than 400 scientific experiments — profoundly expanding our understanding of space’s effects on human beings and showing that, when it comes to the final frontier, there is no border between nations,” the magazine wrote.