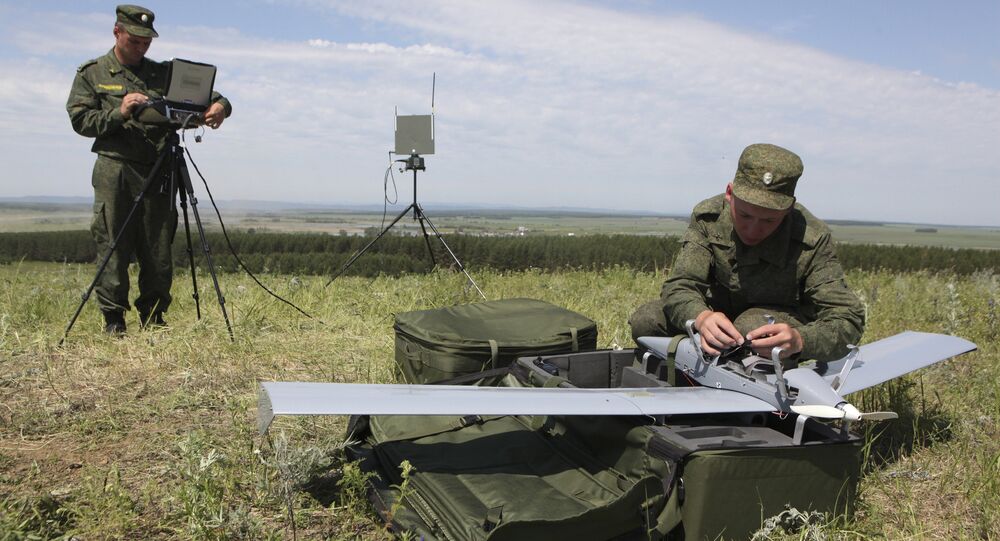 Two parts of Russia’s Airborne Forces divisions landed in the Orenburg Region as part of inspections.

© Sputnik / Pavel Lisitsyn
Russia to Start Mass Production of Advanced Radio Sets for Army in 2017
The inspection is part of strategic command-staff training on Russian Armed Forces management that began on Tuesday.

"The Tula and Ivanovo divisions of the Airborne Forces landed on an Orenburg Region training ground as part of Airborne Forces snap combat readiness inspections ordered by the Supreme Commander-in-Chief of the Russian Armed Forces," the statement reads.

Over 400 paratroopers and 10 pieces of military equipment landed at the Totskoye range in the region aboard 15 military-transport aviation aircraft.

"The divisions immediately began the task of blocking a simulated illegal armed group after landing," the ministry noted.

The snap inspection involves around 30,000 personnel, around 3,800 pieces of arms and military equipment, and over 100 aircraft.