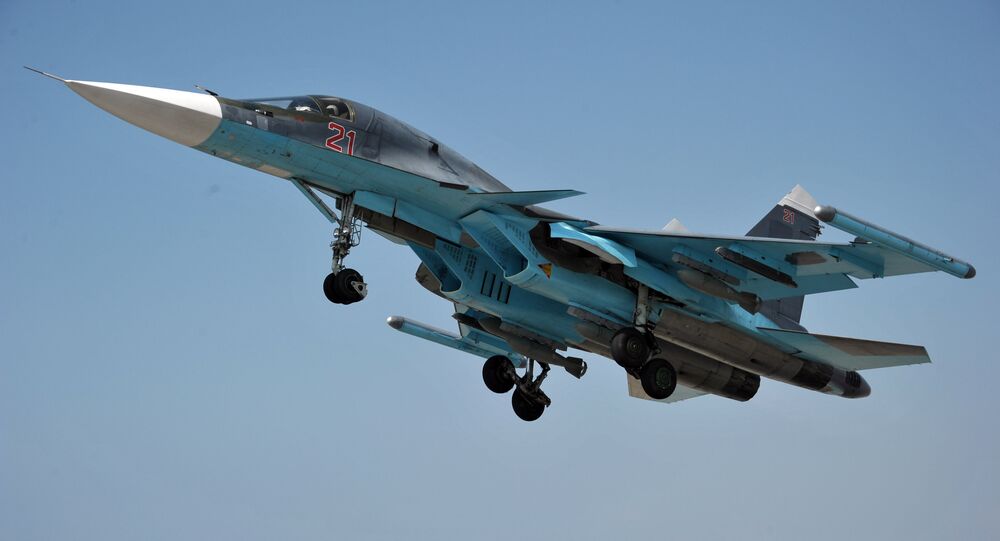 More Russian warplanes will be equipped with state-of-the-art Khibiny electronic countermeasures systems in the near future, according to RIA Novosti.

The Khibiny system provides individual aircraft with protection against enemy fighters' missile attacks and ground-based air defense systems. Thanks to this ECM system, Russian warplanes can become invisible to their enemies, according to KRET.

Nasenkov, for his part, said that KRET has produced "a great many" Khibiny systems for the Russian Armed Forces in the past year. He did not elaborate.

The Khibiny is a small torpedo shaped container which is mounted on the wingtips of aircraft and increases the survival rate of the planes by 25-30 percent.

After an aircraft receives an alert of a missile attack, the Khibiny system starts to cover it with a protective radio-electronic hood, which prevents enemy guided missiles from impacting the plane and diverts them elsewhere.

© Sputnik / Eugene Biyatov
Tanks A Lot: Russia's Advanced Armata T-14 'Already in Serial Production'
As far as the Su-34 is concerned, the system provides the jet with electronic warfare capabilities and enables it to carry out effective electronic countermeasures against radar systems, anti-aircraft missile systems and airborne early warning and control aircraft.

KRET, Russia's largest radio-electronics holding company, was founded in 2009. The holding, which unites over 95 companies, is part of Russia's state technologies corporation Rostec.