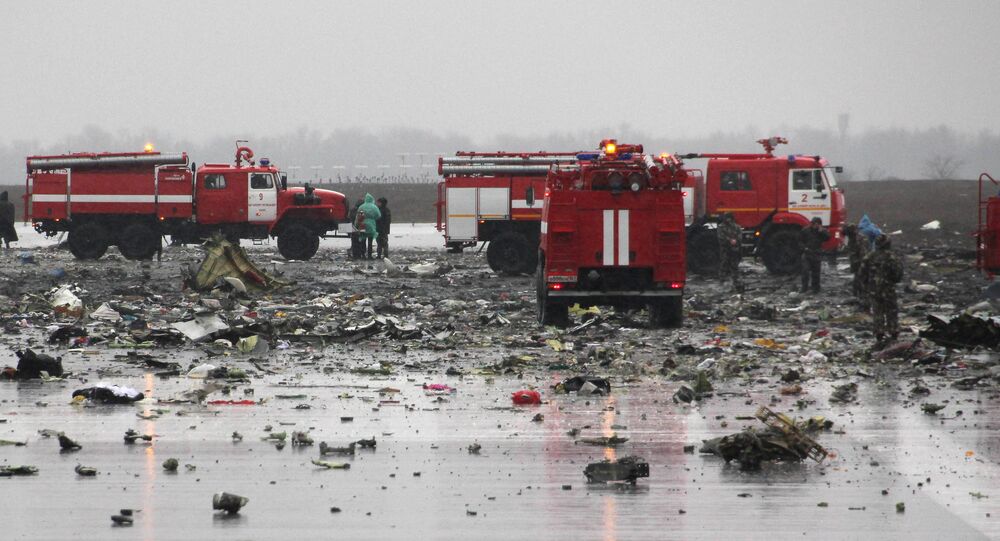 The experts from the United States, the United Arab Emirates, France, and countries, which citizens were killed in the FlyDubai plane crash in Russia, have been invited to participate in the decoding of black boxes, the Moscow-based Interstate Aviation Committee (IAC or MAK) said on Sunday.

MOSCOW (Sputnik) — On Saturday, the FlyDubai Boeing 737-800 crashed on landing at Rostov-on-Don airport, killing all 62 people on board, most of them Russians. MAK is carrying out the inquiry together with the Russian Investigative Committee.

There were 44 Russians, eight Ukrainians, two Indians and one Uzbek national among the 55 passengers onboard the crashed plane. The seven crew members were from Russia, Cyprus, Spain, the Seashells, Columbia and Kyrgyzstan.

"The work [on decoding the flight recorders] will begin tomorrow. [The MAK experts] will be joined by specialists from the United Arab Emirates, from the United States, which is the plane manufacturer state, and from France," a MAK spokesman told RIA Novosti.

© Sputnik / Sergey Pivovarov
How to Avoid Death: Story of Only Tourist to Survive FlyDubai Plane Crash
He added that MAK also welcomed the experts and observers from any states which are related to the crash or interested in the investigation, first of all, the countries whose citizens died in the tragedy.

How to Avoid Death: Story of Only Tourist to Survive FlyDubai Plane Crash