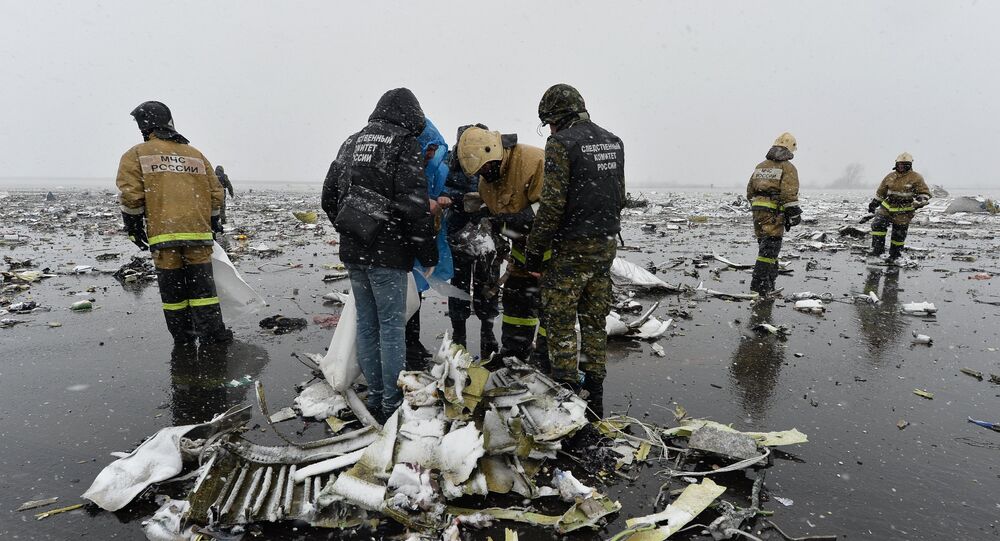 Search and rescue operations at the site of the crash of the Boeing in Rostov-on-Don have been completed, a senior official from the Russian Emergencies Ministry said on Sunday.

ROSTOV-ON-DON (Sputnik) — On Saturday, FlyDubai Boeing 737-800 plane coming from Dubai crashed while attempting landing amid poor weather conditions at the Rostov-on-Don Airport (ROV). All people on board, including 55 passengers and seven crew members, died in the crash.

He added that later in the day the assistance to the experts is planned, as well as activities for the study of parts of the aircraft to determine the causes of the crash. Moreover, the process of body identification will be carried out with the use of DNA samples, he added.

The Russian Investigative Committee presented three versions of the cause of the tragedy: a technical fault, severe weather conditions and human error.

FlyDubai CEO Ghaith al-Ghaith ruled out the possibility of a bomb attack and said the plane did not send any SOS messages.

The aircraft's flight recorders were delivered to Moscow for further decoding. The FlyDubai airline announced its decision to pay $20,000 to the families of the victims.