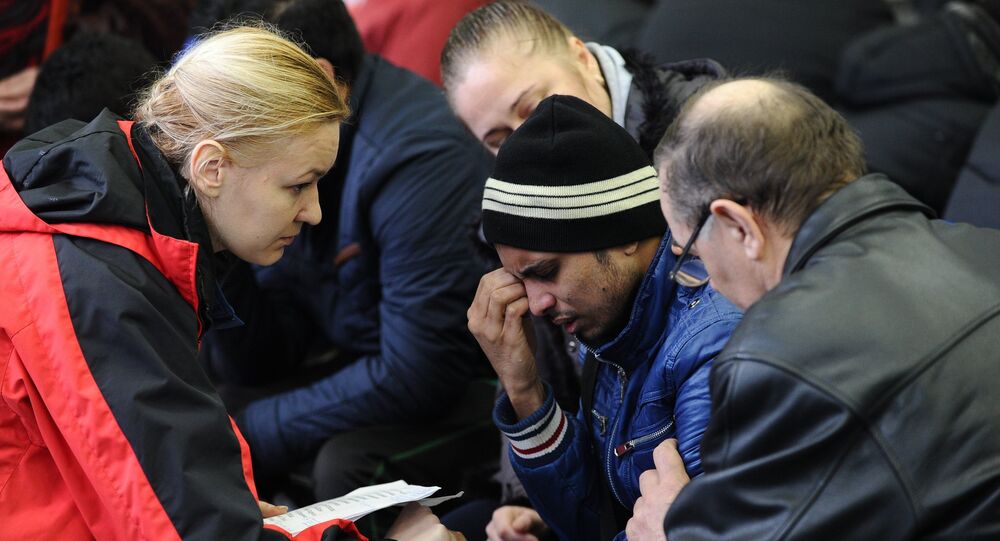 Russian President Vladimir Putin extended his condolences on Saturday to the families of those killed in the crash of Boeing 737-800 over Russia, Kremlin spokesman Dmitry Peskov said.

MOSCOW (Sputnik) — FlyDubai Boeing 737-800 from Dubai crashed at about 03:50 Moscow time (00:50 GMT) on Saturday while attempting landing amid poor weather conditions at the Rostov-on-Don Airport (ROV). All 62 people on board the aircraft were killed in the crash.

"The President of Russia expresses deep condolences to all who lost their loved ones in the crash," Peskov said.

© REUTERS / Sergei Pivovarov
Boeing Ready to Assist Investigation Into FlyDubai Flight 981 Crash in Russia
"[Rostov-on-Don] Governor Vasily Golubev and Emergency Situations Minister Vladimir Puchkov reported to Putin about the search operations being conducted at the crash site. The head of state noted that the main thing now is working with the families and friends of the victims," ​​the spokesman said.

A tailstrike was a possible cause of the tragedy, according to an emergencies source.