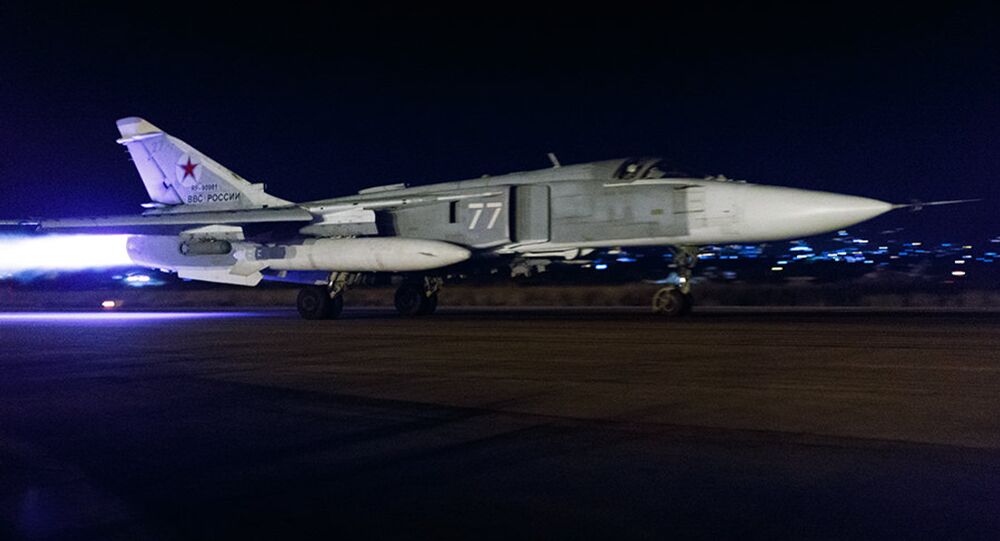 A group of Russian Su-24M bomber jets has landed at airbase in Russia's Chelyabinsk region.

The planes performed a traditional tight-formation low-altitude flight to greet their colleagues and families at the airbase.

© Sputnik / Anton Denisov
Russia's Pullout From Syria to be Completed in 2-3 Days
On March 14, Putin announced that the Russian armed forces had fulfilled their mission in Syria and their withdrawal would begin the following day.

Russia's Pullout From Syria to be Completed in 2-3 Days