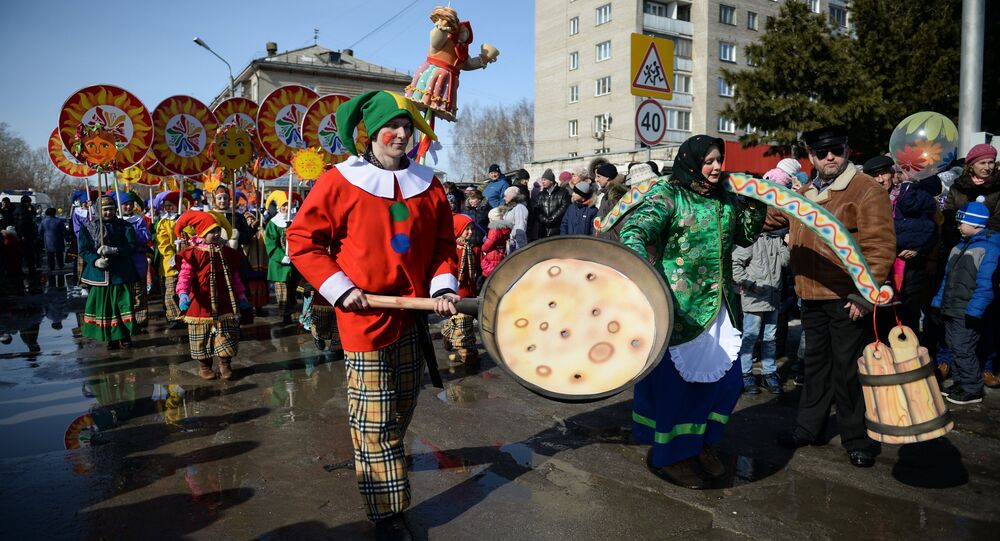 To mark the end of Maslenitsa, also often referred to as the Pancake Week, Moscow will attempt to bake a record-breaking 3-meter pancake: all the previous attempts have failed – the pancake would always rip apart while being turned.

The weeklong Pancake festival in Moscow is to end with the baking of a huge pancake with a diameter of three meters.

A crane will set up a huge frying-pan almost 800 kg in weight in the Hermitage Garden in the center of the capital.

​The Moscow authorities promised the process will be spectacular and fascinating as the cooking will be done in a very unusual way.

No other Russian city has succeeded in baking such a masterpiece in the last ten years, as it would always rip apart upon being turned.

​Pancake Week (Maslenitsa) is currently underway in Russia, marking the end of winter and the beginning of spring ahead of Lent (fasting which precedes Easter). And pancakes serve as symbols of the sun (golden, round and warm).

The tradition of Maslenitsa dates back to pagan times, when Russian folk would bid farewell to winter and welcome spring. As with many ancient holidays, Maslenitsa has a dual ancestry: pagan and Christian.

On the pagan side, Maslenitsa was celebrated on the vernal equinox. It marked the welcoming of spring, and was all about the enlivening of nature and bounty of sunny warmth.

​On the Christian side, Maslenitsa was the last week before the onset of Lent, offering one last chance to bask in worldly delights.

In the eyes of the church Maslenitsa is not just a week of merrymaking, but a whole step-by-step procedure to prepare oneself for a long and exhausting fasting, which, if observed properly, may be a real challenge.