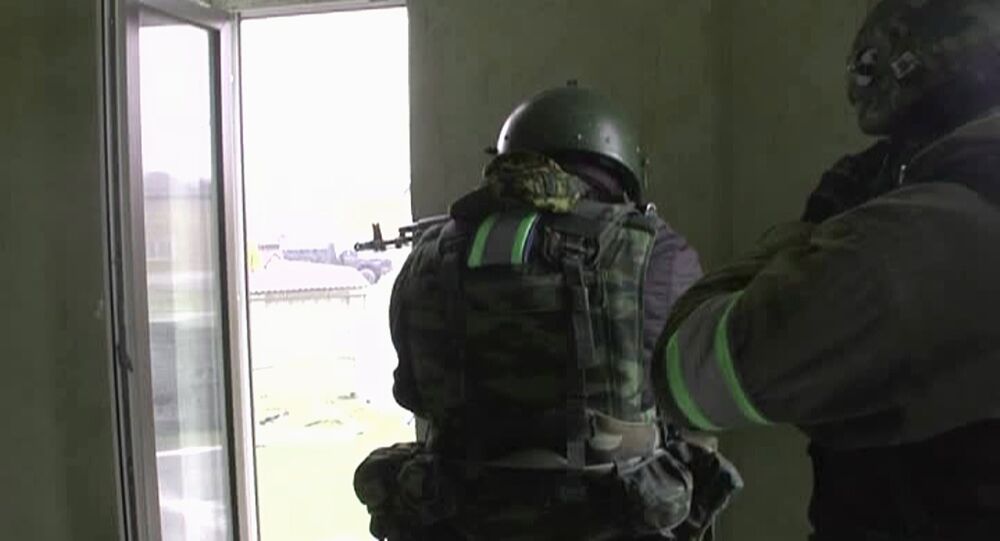 © Sputnik / Vladimir Vyatkin
Gunman Attacks Tourist Group in Russia's Dagestan Leaving 1 Dead, 11 Injured
MOSCOW (Sputnik) — According to a NAK report, a group of militants opened fire at police near the village of Orota in the Khunzakhasky district of Dagestan and attempted to flee to a nearby forest.

"Two militants were killed by a return fire, while the search for the remaining members of the group is underway," the report said.

Dagestan is a hotbed of Islamist insurgency in the North Caucasus. Multiple violent attacks have plagued the region over the past decade.

Late last year, the Russian Interior Ministry reported that about 900 people from Dagestan had gone to Syria to fight alongside militant groups, particularly the notorious Islamic State jihadists, outlawed in Russia and many other countries.

Earlier this month, a counter-terrorism operation regime was introduced in Dagestan, entailing searches for militants and their accomplices.

Over 440 Pounds of Explosives Found in Russia’s Dagestan