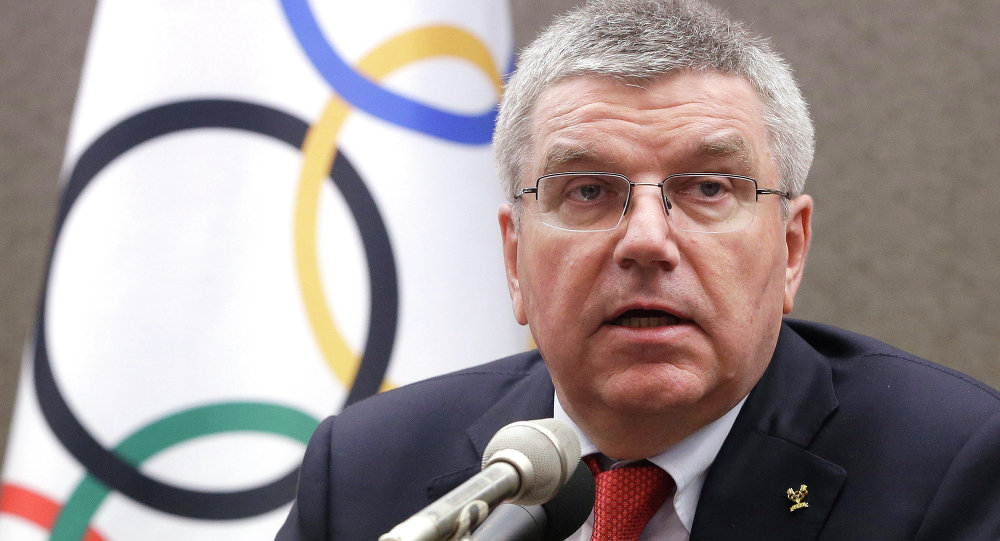 The International Olympic Committee (IOC) advises International Tennis Federation (ITF) to take into consideration the recognized fact of Maria Sharapova's confession on the illegal use of meldonium while making a decision on the athlete's punishment, the IOC said in a statement Tuesday.

KRASNODAR (Sputnik) — The International Olympic Committee (IOC) expects that Russian tennis player Maria Sharapova's confession on the illicit use of meldonium will be taken into account by the International Tennis Federation (ITF) when deciding on the athlete's punishment, the IOC said in a statement Tuesday.

On Monday, Sharapova, a five-time Grand Slam champion, said she tested positive for meldonium, medicine added to the list of banned substances on January 1, 2016.

"We hope that this [confession] will help. Everything is now in the hands of the International Tennis Federation. We are waiting," the statement sent to R-Sport said.

During the Monday press conference, Sharapova said her family doctor began issuing meldonium, also known as Mildronate, in 2006 because of health problems she had, including regular flu and indications of diabetes.