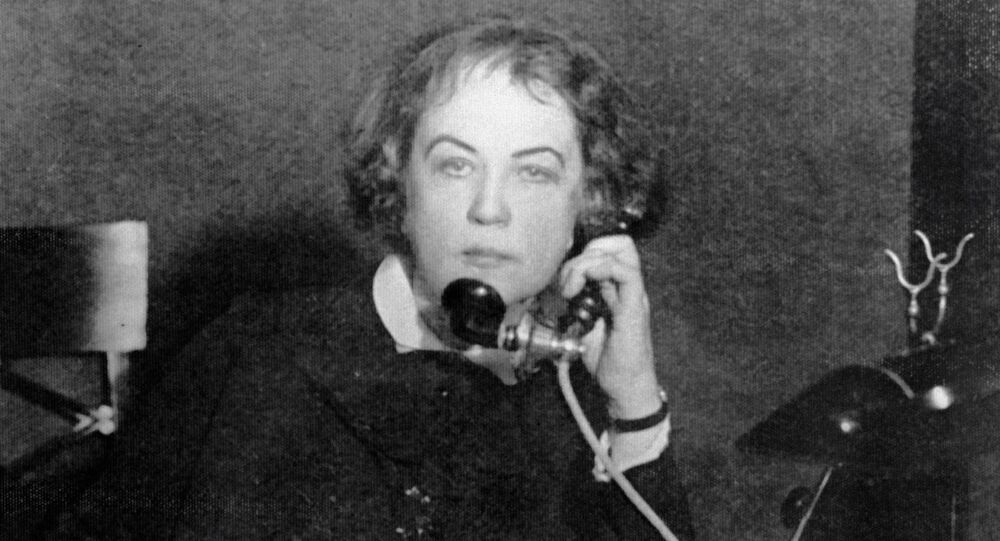 On one of Russia’s most beautiful springtime holidays, the country’s top female diplomats reveal some interesting secrets of their profession, which was considered the exclusive domain of men.

International Women’s Day is a day of celebration which recognizes the achievements of women worldwide. Throughout our history there has been a constant struggle for the equality and empowerment of women in almost every industry, and diplomacy, which had been long considered as the exclusive domain of men, was no exception.

Niccolò Machiavelli, one of the earliest diplomatic pioneers, placed much emphasis on the importance of masculine characteristics in conducting state relations.

His inner beliefs were that empirically, states are run and defended by men, and therefore advance only the interest of men.

Permitting women into positions of power was theoretically perceived as a threat to male domination and a sign of weakness.

Diplomat Sir Harold Nicholson echoed Machiavelli’s fear when he said that “women are prone to qualities of zeal, sympathy and intuition which, unless kept under the firmest control, are dangerous qualities in international affairs.”

Russian Alexandra Kollontai blazed a trail for the female diplomats of today, becoming the first woman-ambassador in the world.

From 1923 she worked as the Soviet authorized and commercial representative in Norway having made a significant contribution to political recognition of the USSR by this country.

© Sputnik /
Alexandra Domontovich-Kollontai [1872-1952], an activist of the Russian and international socialist revolutionary movement, and the first female minister and diplomat in history, sided with the Mensheviks since 1906 and joined the Russian Social Democratic Workers Party [RSDRP] in 1915. This photo was taken circa 1900-1902.

From 1927 Kollontai combined this post with assignments in the commercial representative office in Sweden.

In 1926-1927 she worked in Mexico where she also succeeded in improving Soviet-Mexican relations.

In 1930-1945 she worked as the Russian envoy and then as the ambassador to Sweden and was also a member of the Soviet delegation in the League of Nations.

Strangely enough, after her death the diplomatic doors remained closed for the Soviet women, as if due to some unwritten rule.

“My parents told me not even to dream about diplomacy as it was an absolutely non-female business in our country,” Russian Foreign Ministry spokeswoman Maria Zakharova recalls in an interview with Russia’s NTV channel.

The situation started grudgingly to change in the late 1990s, when the Soviet embassy in Laos started looking for an interpreter. From everyone in the Soviet Union, Lyudmila Vorobyova was one of the best.

© Photo : Wikipedia
Lyudmila Vorobyeva, the Director of the prestigious 3rd office in the Asian department of Foreign Affairs in Moscow, which covers ASEAN, New Zealand, Australia and Japan.

Hence, now the Director of the prestigious 3rd office in the Asian department of Foreign Affairs in Moscow, which covers ASEAN, New Zealand, Australia and Japan, she has worked for 13 years in Laos. From 2005 to 2007 she was Russia’s ministate counsellor in Thailand, and from 2010 to 2015 – Russia’s Ambassador to Malaysia.

She was Russia’s top diplomat to Kuala Lumpur when the Malaysian Boeing was shot down in Ukraine and the West put all the blame on Russia.

“The very first reaction was very emotional,” the diplomat recalls in her interview with NTV.

© Sputnik / Sergey Guneev
Shrewd Diplomacy: Putin 'Forging Alliances With Every Key Player' in Mideast
“People were dead, and the tragedy launched a very emotional anti-Russian wave. But we managed to cool down all the heat, as the facts spoke for themselves and the Malaysian leadership has taken a very balanced stance.”

As a woman and mother Lyudmila sincerely sympathized with the Malaysians. She finds that her gender is usually an advantage in her role. “Although at times I was not taken seriously,” she admits.

However Lyudmila freely admits that being a woman poses a challenge that is unique to her gender, namely her family.

“It is hard when your family is so far away,” she confides, “but you learn to deal with these things.”

Her only daughter is back in Russia, preparing to enter High School.

“Sometimes I tell him that I do not need a husband, I need a wife,” she laughs while answering the question whether it was it hard to convince her husband to leave everything behind.

“Even if it is difficult,” she states, “Gender should never be the deciding factor.”

Another very successful Russian diplomat is Eleonora Mitrofanova, the Permanent Delegate of the Russian Federation to UNESCO.

When she joined the leadership of this organization back in 2000, it was mostly run by men. And that was in Paris, in tolerant Europe. Since then a lot has changed and now almost a third of high ranking employees of the Western diplomatic organizations are women.

Eleonora however recalls that she always dreamt of being a theater director. When she watches some theater performances she often considers changing the narration.

Her diplomatic service, she says, can also be regarded as some kind of creative job.

All three diplomats advise all young women who aspire for a successful career in the Diplomatic Corps, to be sure to have a dream and a goal. Only then can they achieve it.

Setting the Trend: What Are Three Main Focus Points of Chinese Diplomacy