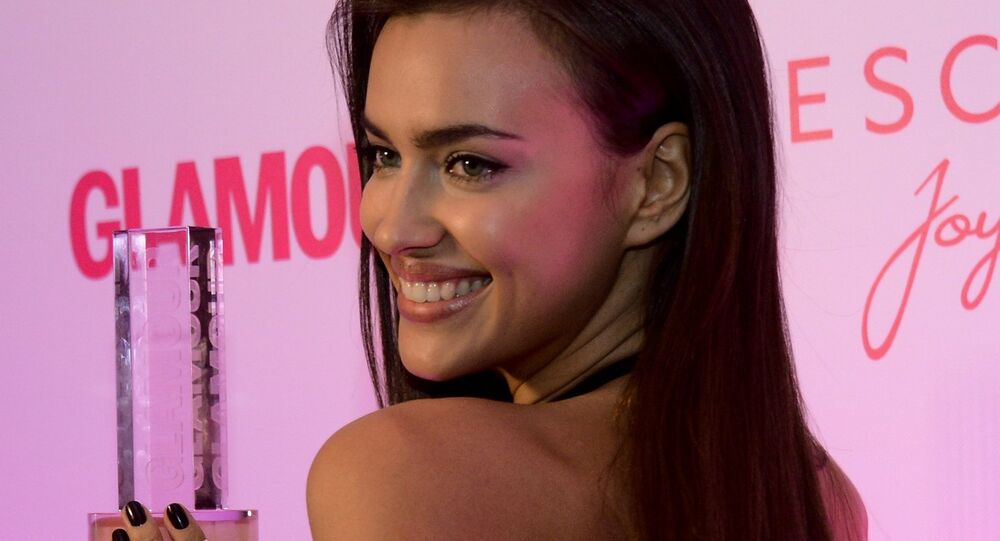 From its socialist roots, International Women’s Day, or simply the 8th of March, has blossomed into one of Russia's most beautiful holidays, which welcomes springtime with lots of love, care, flowers and loving compliments. Take a look at the country's most well-known international stars who are also going to celebrate.

In today’s Russia International Women’s Day has nothing to do with the feminist movement for protection of women’s political rights. It has turned into one of the most beautiful holidays which welcomes springtime with lots of flowers and loving compliments.

It has evolved into kind of a combination of St. Valentine’s and Mother’s Day. This is the day when women enjoy being taken care of by their men and children, who are eager to show how much they care.

Russia’s top beauties famous all over the world are also going to welcome springtime with their loved and dear.

Just have a look who will be in the very center of male attention.

© Sputnik / Valeriy Levitin
Model Natalia Vodyanova, the winner of the GLAMOUR Woman of the Year 2012 Award, is seen at the Award ceremony in the Theater of Nations

Natalia Vodianova, Supernova (as dubbed by photographer Mario Testino), 34-year-old Russian, one of the highest-earning and most successful models in the world and the mother of four children.

30-year-old Russian-born model and actress known for her appearances in the Sports Illustrated Swimsuit Issue between 2007 and 2014 and as the exclusive contracted face of Intimissimi lingerie.

© Sputnik / Ekaterina Chesnokova
Model Irina Shayk walks the red carpet before the screening of J. C. Chandor's All Is Lost, at the 66th Cannes Film Festival

Irina was the first Russian model that graced the cover in for the 2011issue.  Models.com ranks her at No.7 in the world, for her social media following.

She dated soccer star Cristiano Ronaldo in 2010 after the two met through a campaign for Armani Exchange. Then in 2015, she began dating actor Bradley Cooper.

44-year-old singer is a reigning prima donna, who routinely headlines major productions at leading opera houses across the globe, and was the first classical musician to be chosen as one of the “Time 100,” Time magazine’s list of the world’s most influential people.

She frequently returns to the Kirov Opera at the Mariinsky Theater in St. Petersburg (where she made her stage debut as Susanna in Mozart’s Le nozze di Figaro).

Natalia Poklonskaya, the Prosecutor General of the Republic of Crimea

Poklonskaya took the job, which many of her male colleagues feared to accept, just days before Crimea’s referendum on independence from Ukraine, stunning the world not only with her courage, but her beauty as well.

The attractive looks of 35-year-old Natalia however have never hampered her judicial practice and are, well, deceitful.

28-year-old Russian top tennis player has won various honors throughout her career, including the 2012 and 2014 French Open and a silver medal in women's singles at the 2012 Olympics.

Off the court, Sharapova's beauty and popular appeal have led to major commercial endorsements with companies including Nike and Tiffany & Co.

This Olympic champ has the most irresistible smile..

In the year 2007 Kabaeva retired from competitive sports and was a member of the Russian Parliament from 2007 to 2014.

Since September 2014 she is the chairwoman of the board of directors of the National Media Group.

33-year-old pole vaulter, Yelena is a two-time Olympic gold medalist and a numerous-time World Champion. She became the first woman to clear the 5-metre (16-foot 4.75-inch) mark in the sport’s history.

Man to Give Wife Million Roses on Women's Day