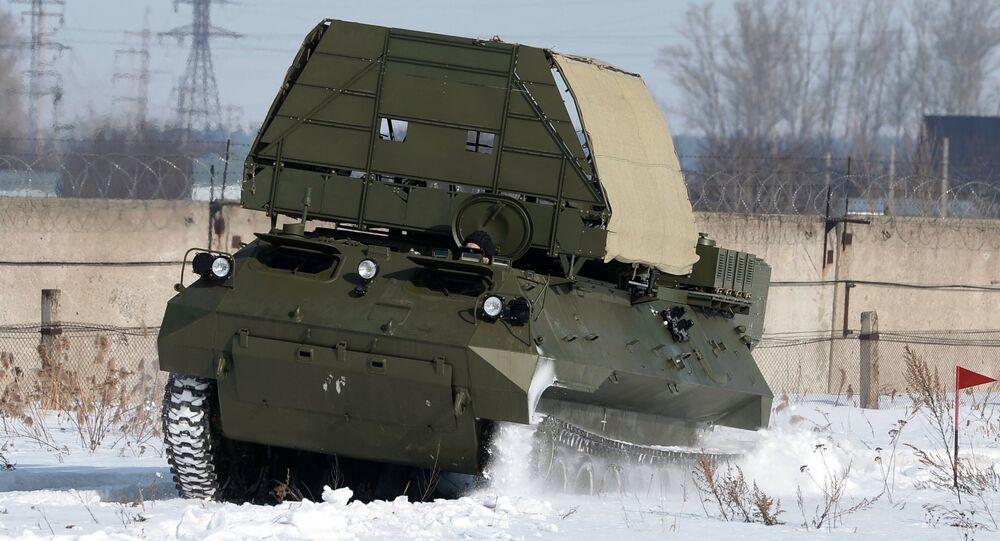 Russia's most advanced electronic warfare systems, Borisoglebsk-2 and Rtut-BM, add significantly to the country's defense capabilities, according to the Russian news network Zvezda.

© AP Photo / Alexander Zemlianichenko
Russia's Armata Proves That US Army is not as 'Powerful as Many Believe'
The modernization of the Russian Armed Forces has included the development of electronic warfare, the Russian news network Zvezda reported, referring to the state-of-the-art Borisoglebsk-2 and Rtut-BM systems.

The Borisoglebsk-2 is a multi-purpose electronic warfare system developed by Russia's United Instrument Manufacturing Corporation for the Russian Armed Forces. Its development started in 2004 and its evaluation testing was completed successfully in December 2010. The system was initially introduced to the Russian army in 2014.

The Borisoglebsk-2 merges four types of jamming stations into a single system with a single control console which allows the operator to take decisions within seconds. The system is mounted on nine MT-LB armored vehicles and is designed to suppress mobile satellite communications and satellite-based navigation signals.

"The system's combat characteristics are not just on a par with the best foreign analogues, they considerably surpass them in terms of a number of parameters. At present, our system is able to jam all modern radio communications," he said.

The Rtut-BM is another advanced Russian electronic warfare system, which is designed to protect troops and military hardware from artillery rockets and shells equipped with proximity fuses which are programmed to cause them to detonate when they are 3-5 meters from the ground.

The Rtut-BM is deployed on an MT-LB armored vehicle fitted with a television antenna which provides coverage for an area of about 50 hectares (500,000 square meters) or a semi-sphere with a 400 meter radius. This system requires a crew of two men and it can be ready for jamming within 10 minutes.

Over the past three years, domestic manufacturers have supplied 22 such systems to the Russian Armed Forces, and 21 more are due to be delivered before the end of this year. As far as the Borisoglebsk-2 is concerned, more than ten such units were supplied to the Russian army between 2014 and 2015.