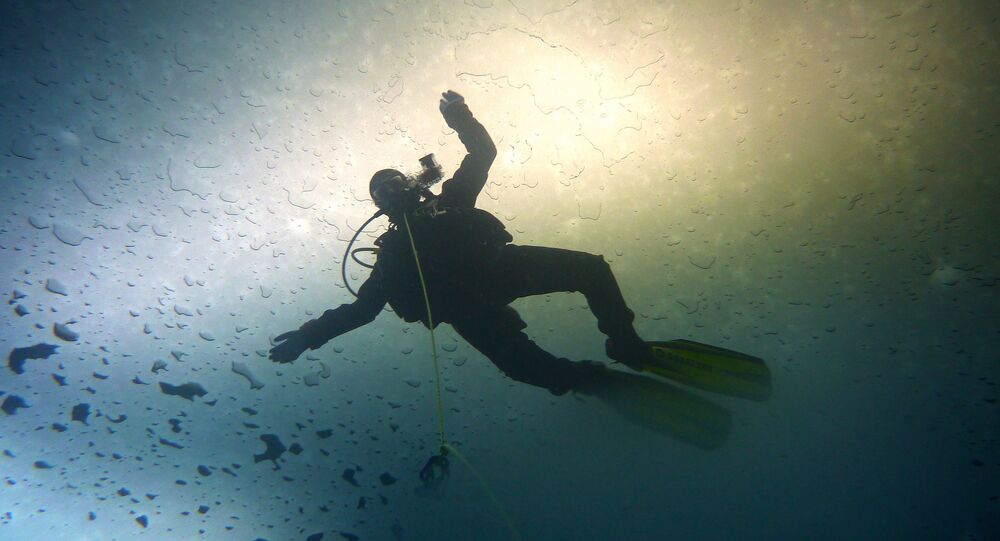 Russian divers set a new world record during an expedition to the White Sea.

During a descent which lasted about 80 minutes the intrepid divers have managed to reach the depth of 102 meters.

"The achievement was confirmed by Bozana Ostojic of CMAS (World Underwater Federation). The record depth was reached on March 5," a statement released by the RGS press service said, according to RIA Novosti.

The whole White Sea endeavor was in fact a part of RGS's major project "Russia's 13 Seas" carried out in order to test Russian-made diving equipment in deep sea environment and to prepare for the upcoming Arctic expedition.

The Russia's 13 Seas project launched on July 1, 2015. During its first stage at the Barents Sea, the participants set a new world record for scuba diving in polar regions by reaching a depth of 111 meters.

Russian Budget to Adapt to New Reality, According to New Moody's Assessment