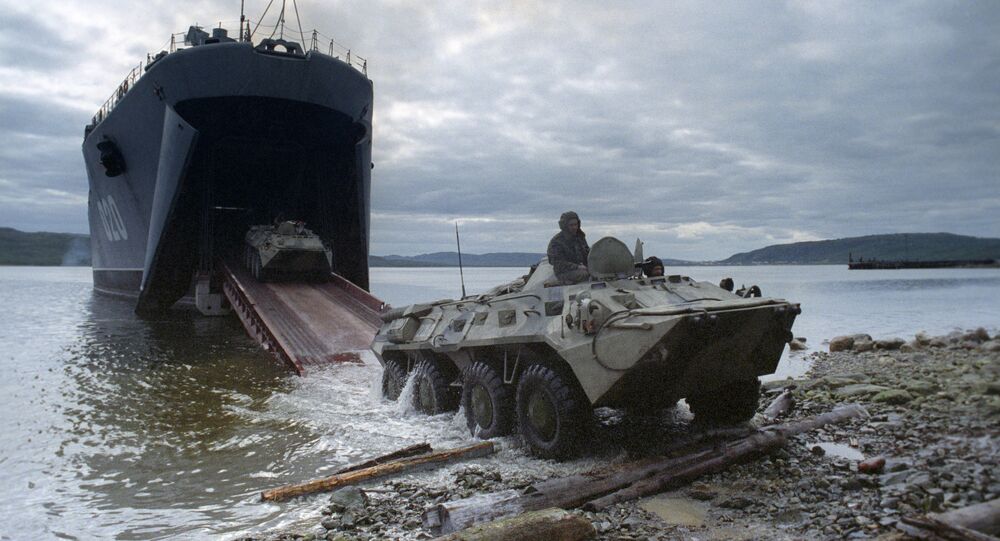 Serga said 20 wheeled and track-type armored personnel carriers, BTR-80, BTR-82 and MT-LBV among them, as well as some 60 personnel took part in the drills. The servicemen conducted waterborne navigation of the APCs, as well as loading equipment on large landing craft both from the beach and on water, he added.

"The Kondopoga large landing craft crew taking part in the exercise held a series of artillery firing practice on visible beach targets while preparing for an amphibious assault landing operation," the spokesman noted.

Serga added that military equipment was loaded onto the ship at the end of the drills for display at the March 13 military expo in the center of Russia's Arctic port-city of Murmansk.