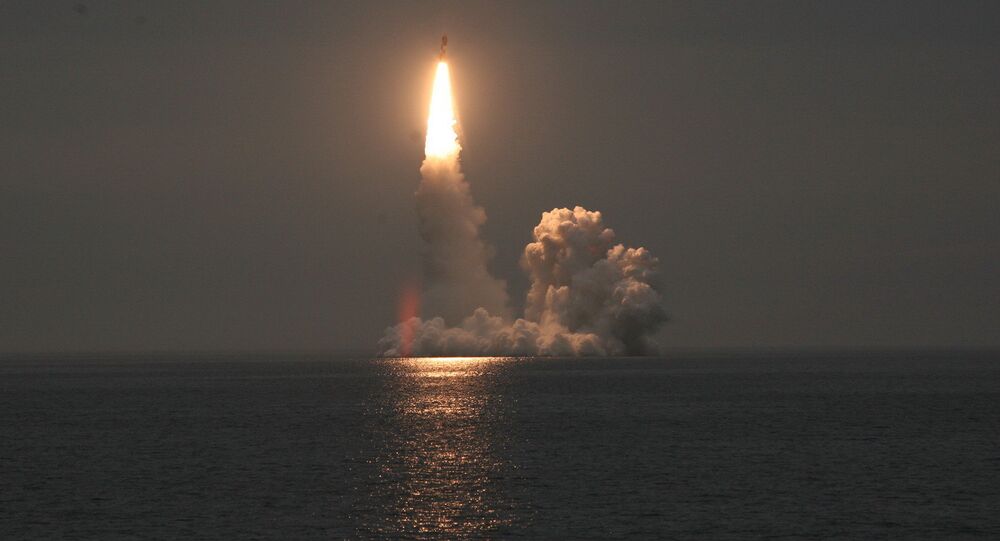 A Russian nuclear submarine will launch Bulava intercontinental ballistic missiles as part of the Northern Fleet’s routine test of the country’s nuclear deterrent capability, the newspaper Izvestia wrote on Wednesday.

Courtesy of Northern Fleet press service
Russia to Launch Bulava Missiles From Subs in Series of Tests
The two Bulava submarine-launched ballistic missiles will be fired either by the Borei-class nuclear-powered submarine Yuri Dolgoruky or her sister ship, the Vladimir Monomakh, Izvestiya reported citing a source at the Northern Fleet’s headquarters.

The upcoming launch will test the submarines’ ability to fire 16 SLBMs while moving from the depth of 50 meters in choppy seas.

Only three such launches have been conducted since 1992.

A multiple launch of SLBMs by the Nomoskovsk nuclear submarine remains an the all-time record. The US record belongs to the USS Ohio nuclear submarine, which launched an quartet of Trident-2 SLBMs, Izvestia wrote.

The Bulava entered service with the Yuri Dolgoruky on January 10, 2013.

Russia to Launch Bulava Missiles From Subs in Series of Tests