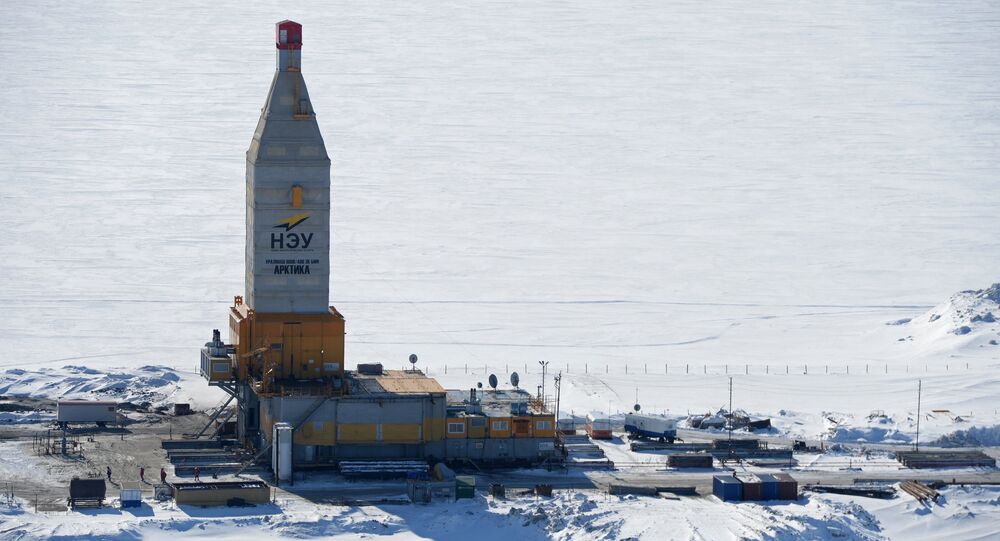 Russian leading gas production company Novatek proposes Japanese enterprises investing in a platform in the Barents Sea, which is part of a larger project to produce liquefied natural gas (LNG) in the Arctic, the company's chief said Monday.

TOKYO (Sputnik) — Russian gas company Novatek invites Japanese business to invest in a wharf in the Barents Sea, which is part of a larger project to produce liquefied natural gas (LNG) in the Arctic, the company's chief said Monday.

"We’d like to invite Japanese companies to take part in the implementation of this major project," Novatek CEO Leonid Mikhelson said at a Russia-Japan trade and industry forum in Tokyo.

© AP Photo / Koji Sasahara, File
Russia’s Novatek Plans to Cover 7% of Global Market of LNG by 2025
Mikhelson said that construction works in the city of Murmansk in the Kola Peninsula, in northwestern Russia, were set to begin later this year and to take around three years to complete. The project is estimated to cost $500 million.

Novatek has been given the go-ahead from the Russian authorities to build a string of high-capacity facilities in the Kola Bay to produce liquefied natural gas.

"For this reason, Novatek plans to build a wharf in the Murmansk region, which will serve as a platform for sharing and localizing know-how technologies in Russia," the company’s chief executive said.

© Sputnik / Valeriy Melnikov
Japan to Provide Arctic Ice Thickness Data Internationally - Ambassador
It is also building an LNG production plant in the Yamal Peninsula, further to the east along the Russian Arctic coast, with another LNG factory to be constructed in the Gydan Peninsula.
...
Reddit
Google+
Blogger
Pinterest
StumbleUpon
Telegram
WhatsApp
35

Construction of LNG Terminal in Leningrad Region to Start in February