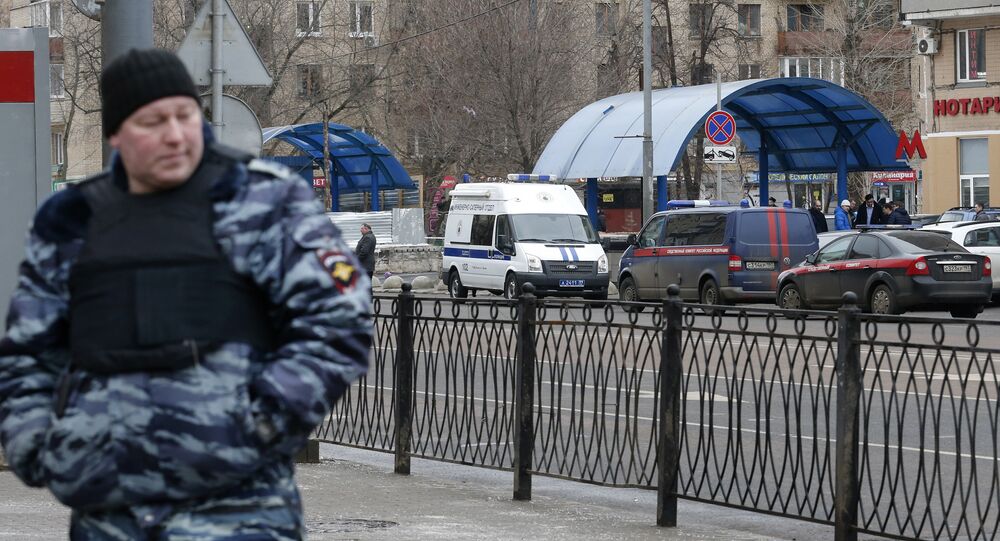 A woman who was carrying a severed child's head near a Moscow metro station has been detained.

The woman was working as a baby sitter, a source told RIA Novosti. She was holding a severed baby's head, the police confirmed. Experts assume the suspect might have been under the influence of drugs.

She was threatening to blow herself up and shouting Islamic slogans.

Reports that #Moscow child was a 3-4yo girl, suspect probably related to fire in an apartment with a headless body, via @JettGoldsmith

The baby's mother was taken by an ambulance to the hospital in an unconscious state.

The body of the child was found in a Moscow apartment where fire was reported earlier Monday. The firefighters managed to rescue four people. The woman was detained near the Oktyabrskoy Pole metro station. On the footage one policeman approaches the suspect to take her down while the others back him up. You can clearly see in the video the object that the woman was holding roll away as she is apprehended.

The woman who killed the baby Monday morning and later brought the severed head to the metro station has been identified. According to the police, it was a 38-year-old Uzbek woman named Gulchekhra Bobokulova. Preliminary reports say that "the nanny " has been working for the family for a year.

The motive for the attack is still unknown. The nanny reportedly waited for the parents and an older child to leave, killed the child of 3-4 years and set the apartment on fire.

Yulia Ivanova, senior assistant to the head of the Moscow Investigative Committee, said the woman was clearly mentally unstable and the investigators will carry out a psychiatric assessment to determine her mental health state.