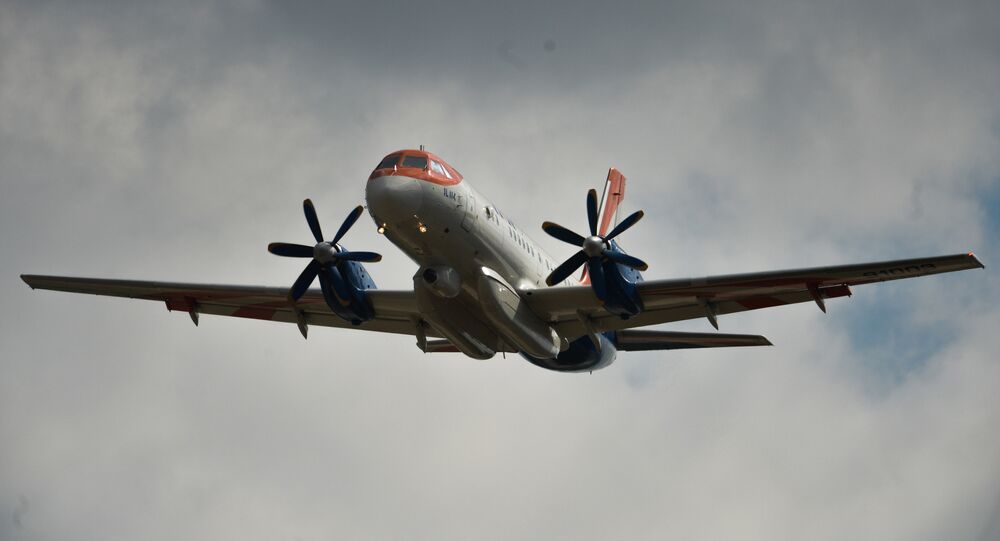 MOSCOW (Sputnik) — The IL-114 was developed by Ilyushin Design Bureau in the late 1980s for short-haul flights within the Soviet Union. Since then, 20 planes of this type have been manufactured.

"We need a full-scale development of the project of the upgraded Il-114 aircraft. We will do this at the Sokol aircraft plant in Nizhny Novgorod. Production will start in the year 2019," Rogozin said in the upper house of the Russian parliament.

© Sputnik / Anton Denisov
Back to the Future: Russia Ready to Reenter the Passenger Plane Big Leagues
Production of the Il-114 was terminated in July 2012 after the Uzbek government decided to change the specialization of the Tashkent Aircraft Plant, where the planes had been manufactured.

As the West imposed sanctions on Moscow over the Ukrainian crisis in 2014, various sectors of the Russian economy were affected, including agreements on aircraft built and leased abroad. In August 2014, Russian President Vladimir Putin identified the Il-114 as the preferred option for domestic aircraft production, particularly with respect to domestic flights.