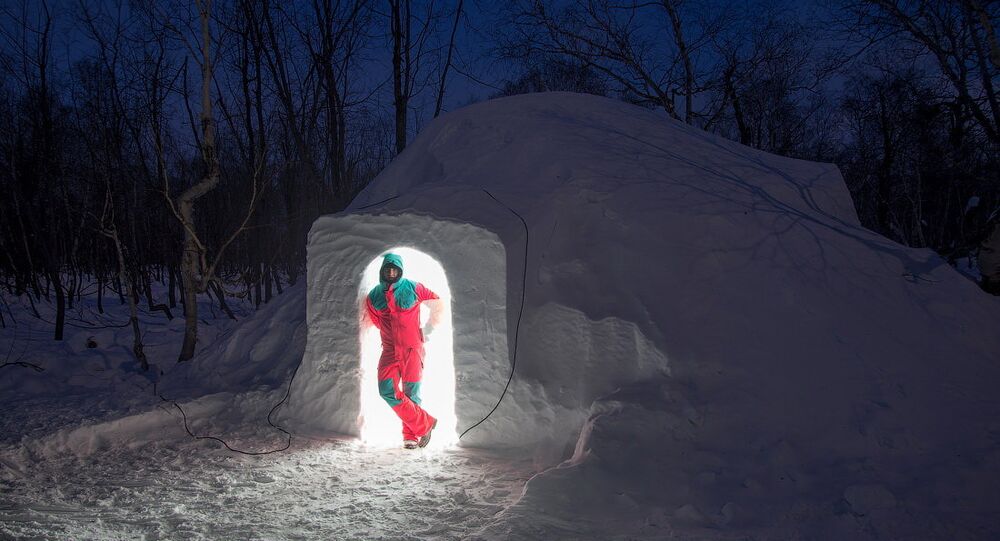 Russia's first hotel to be entirely constructed from ice is due to open near a volcano on the Kamchatka Peninsula on February 28.

© Photo : IVS FEB RAS/Y. Demyanchuk
Russian Kamchatka Volcano Spews Ash Again, This Time It is 10-km Column
February 28 will see the opening of Russia's first-ever igloo hotel on the Kamchatka Peninsula, with the first holidaymakers expected already on March 1, according to the website of Russia's Kamchatka Territory.

"Located about 70 kilometers from the city of Petropavlovsk-Kamchatsky, the Mountain Territory hotel is fully made of snow," a spokesperson for the local tourism and external relations agency said.

The hotel consists of a cluster of Eskimo huts which can accommodate up to eight people and are equipped with special systems to maintain an inner temperature of three degrees Celsius, according to prominent Russian climber and traveler Vitaly Lazo, who was at the helm of the Mountain Territory project.

"There is a dining room serving hot meals, and the guests are also able to enjoy the so-called Kamchatka miracle – they may bathe in a pool of hot thermal water in the open air in the wintery forest," he said.

Lazo added that the hotel's igloos are decorated in the style of the indigenous people of Kamchatka. In particular, the huts' arches are decorated with snow reliefs depicting mythical heroes of legends and epics.

http://pontifex.livejournal.com
Six Million Euros for Freedom: Russia Unveils Flying House Project
He also pointed to the fact that the hotel is a fully environmentally-friendly facility.

"It is in harmony with the landscape and unique nature of Kamchatka. When spring comes, all the hotel facilities will melt away," Lazo said.

He concluded by saying that the hotel is due to operate until mid-May and that a new hotel featuring a different size and interior will be constructed in 2017.

A Stone's Throw Away From Alaska: Russian Sub en Route to Kamchatka Base