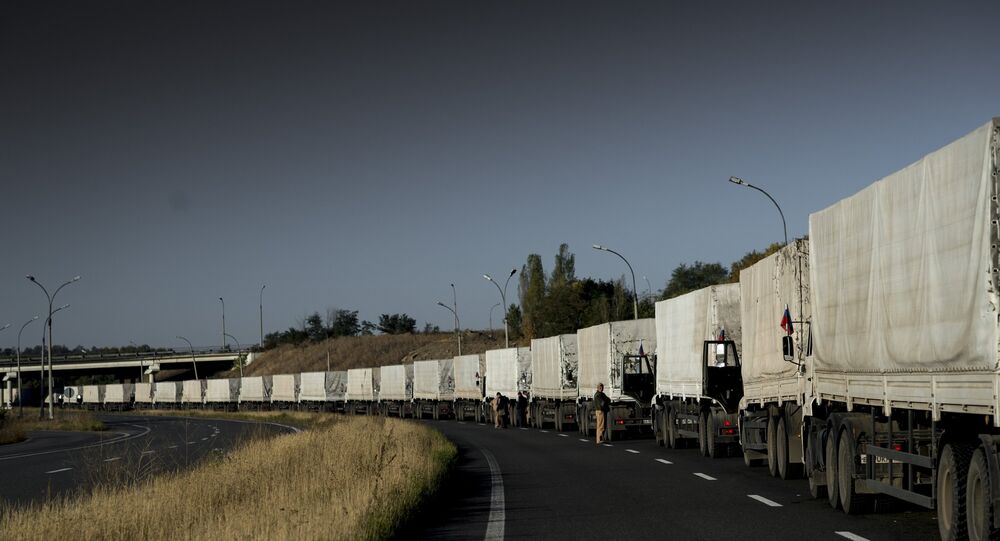 The 100-vehicle convoy is the first sent by Russia to the region this year.

"They [vehicles] are carrying over 1,000 tonnes of humanitarian cargo to residents of the Donetsk and Luhansk regions, including food: canned food, flour, sugar, grains, as well as school books and firefighting equipment," a ministry spokesperson said on Thursday.

The region has been severely affected by Kiev’s special military operation, launched in April 2014. The operation was a response to local residents' refusal to recognize the new coup-installed government in the country.