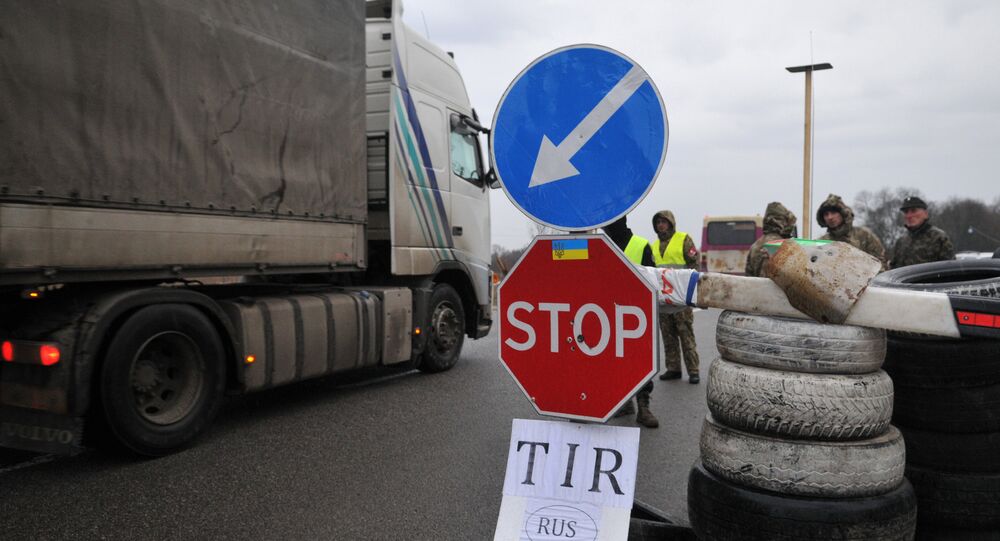 Moscow suspended the transit of Ukrainian trucks through the Russian territory in response to the obstruction of Russian cargo vans' movement in Ukraine.

"Due to the continued obstruction to the transit of Russian trucks through Ukrainian territory, from 12 p.m. Moscow time [09:00 GMT] on February 16, 2016, the transit of Ukrainian trucks through Russian territory is fully suspended. Cargo transit to the Republic of Kazakhstan will continue as per presidential decree No.1 of January 1, 2006, but with carriers from other countries," the ministry's statement reads.

Last Thursday, Russian trucks transiting through Ukraine were obstructed by Ukrainian activists calling for a blockade of Russian goods. Moscow condemned Kiev for its inaction and blocked Ukrainian freight traffic on Sunday. On Monday, the Ukrainian Cabinet of Ministers decided to halt Russian truck traffic across its territory in a move described by the Kremlin as contradicting international law.

Earlier on Monday, the Russian Transport Ministry's supervision service stated that some 320 Ukrainian cargo vans had been stopped on Russian territory.

Ukraine is used as a transit route by Russian commercial transit companies carrying cargo to and from the European Union.