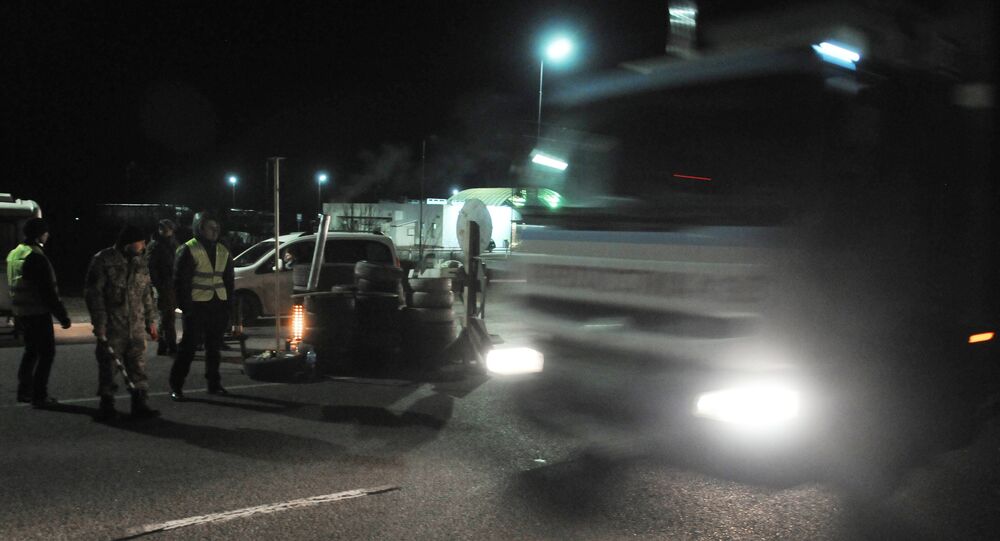 “This completely contradicts the norms of international law and the principles of an international organization that is involved in international transit [of goods]. This doesn’t compute, so to speak,” Peskov told journalists.

At the same time, according to Peskov, the Russian Transport Ministry will take all necessary measures to unlock the situation of Russian trucks in Ukraine and will give an appropriate response if the situation develops negatively.

Earlier on Monday, the Ukrainian Cabinet of Ministers halted all Russian trucks from traveling across its country.

“You know about the forced countermeasures that the Ministry of Transport announced. This is obviously completely shocking when the authorities in Ukraine create such lawlessness toward our [truck drivers], this is of course inadmissible,” Peskov told journalists.

Russian trucks have been unable to transport cargo to Europe through Poland since early February after the two countries failed to agree on the number of licenses, prompting Russian vehicles to look for a new route via southwestern Ukraine.

The new route was obstructed last Thursday by Ukrainians calling for a blockade of Russian goods. Moscow condemned Kiev for its inaction and blocked Ukrainian freight traffic on Sunday. In response, the Cabinet agreed on Monday to bar Russian trucks from crossing the Ukrainian territory.