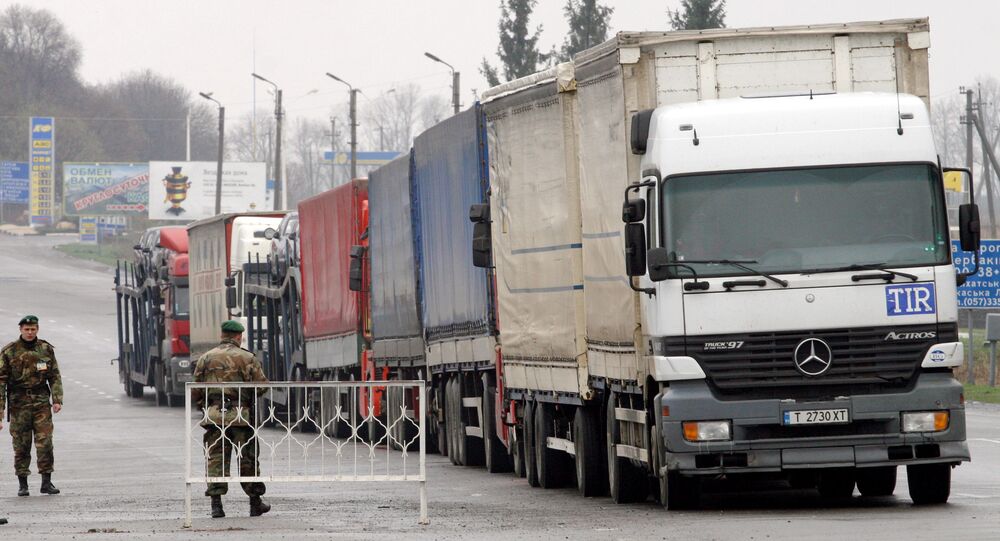 Russia on Sunday suspended the movement of trucks registered in Ukraine in response to the inaction of Kiev authorities over the blockage of Russian trucks in Ukraine, the Russian Ministry of Transport said in a statement.

© Sputnik / Pavel Palamarchuk
Heavy Loss: EU ‘Won't Be Able to Replace Russia as Ukraine's Trade Partner'
MOSCOW (Sputnik) — On Saturday, nationalist groups in western and northern Ukraine started blocking roads, not allowing the transit of Russian trucks through the country. According to the statement, the Ukrainian side has neglected Moscow’s requests to resolve the situation.

According to the ministry, over 100 Russian trucks are currently stuck in Ukraine, while over 500 vehicles returning to Russia from the European Union are unable to enter Ukraine for a transit. The participants of the blockage have called for Kiev to prohibit the transit of Russian goods through Ukraine.

“Until now, the Ukrainian side has taken no measures to put an end to the illegal actions of certain groups and to ensure free movement of Russia trucks. Russia’s appeals have been unanswered… As a retaliatory measure, Russia has suspended the movement of commercial vehicle registered in Ukraine on its territory,” the statement said.

Russia to Continue Political Dialogue on Many Issues, Including Ukraine