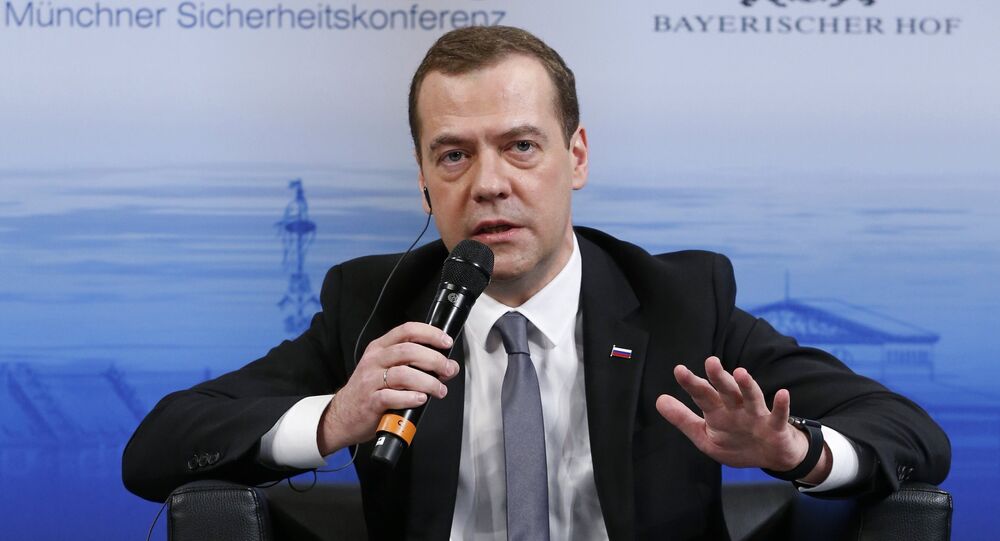 Speaking at the annual Munich Security Conference on Saturday, Russia’s Prime Minister Dmitry Medvedev warned the West that European sanctions and a lack of dialogue with Moscow were causing a dangerous slide back to a Cold War.

On attempts to impose Western-style democracy

He added that this had already had a blowback effect on the West itself in the form of Daesh and other terrorists groups.

“I remember how my colleagues once rejoiced at the so-called Arab Spring. I literally witnessed it. But has modern democracy taken root in these countries? Looks like it has, but in the form of ISIS,” Medvedev said.

On a new Cold War

Regarding the current state of Russia’s relations with the West, Dmitry Medvedev said that “speaking bluntly, we are rapidly rolling into a period of a new Cold War.”

“Russia has been presented as well-nigh the biggest threat to NATO, or to Europe, America and other countries. They show frightening films about Russians starting a nuclear war. I am sometimes confused: is this 2016 or 1962?” Medvedev wondered.

On Russia’s military campaign in Syria

Speaking about Russia’s military campaign in Syria, Medvedev said that Russia was defending its national interests as many of the terrorists fighting there had come from Russia and neighboring countries and they were now trying to get back to stage more terrorist attacks in their own countries.

“There is no need to try and scare anyone with a ground operation… It is imperative to preserve Syria as a single state and prevent it from breaking up along religious lines because this would spell a real catastrophe for the entire Middle East,” he warned.

He also touched upon the traditional Western attempts to “contain” Russia. This is a dangerous path to take because we will be discussing the very same things decades from now while other people will be building a global Caliphate, Dmitry Medvedev noted.

“The current architecture of European security, which was built on the ruins of World War II, allowed us to avoid global conflicts for more than 70 years,” Medvedev said. The reason for this was that this architecture was built on principles that were clear to everyone at that time, primarily the undeniable value of human life.

“It’s true that this security system has its issues and that it sometimes malfunctions. But do we need one more, third global tragedy to understand that what we need is cooperation rather than confrontation?” Dmitry Medvedev said in conclusion.

‘In Munich, Medvedev Tried to Reveal a Real World to Western Politicians’