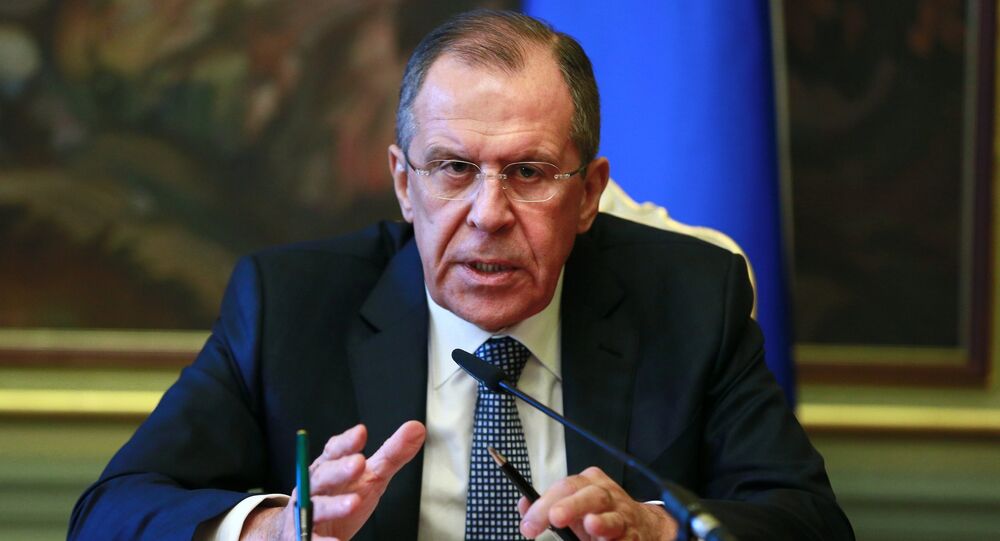 Moskovsky Komsomolets, a Russian daily, asked Lavrov how long the current sanctions could last, and if he could compare them to sanctions the US had imposed in the past. He replied, “the [US] Jackson-Vanik [amendment] was in force for more than 20 years and was only shelved because the Americans understood the likelihood of economic trade losses after we joined the [World Trade Union]. Retaining these sanctions against us meant that they wouldn't have been able to reap the benefits of lower customs tariffs with us within the framework of the WTO.”

He added that the worsening of relations between Washington and Moscow wasn't due to the situation in Ukraine and Syria.

“After having rescinded Jackson-Vanik, [the United States] immediately passed the Magnitsky law with a sigh of relief that they could continue to keep the Russians ‘on the hook.’ This is an example of what’s going on; it's not because of Ukraine or Syria. It’s simply that Washington can't tolerate [the thought of] our country becoming stronger and having its own view on things.”

Lavrov also said that the United States had continued its policy by attempting to disrupt the Winter Olympics in Sochi, even popularizing the idea of boycotting the games.