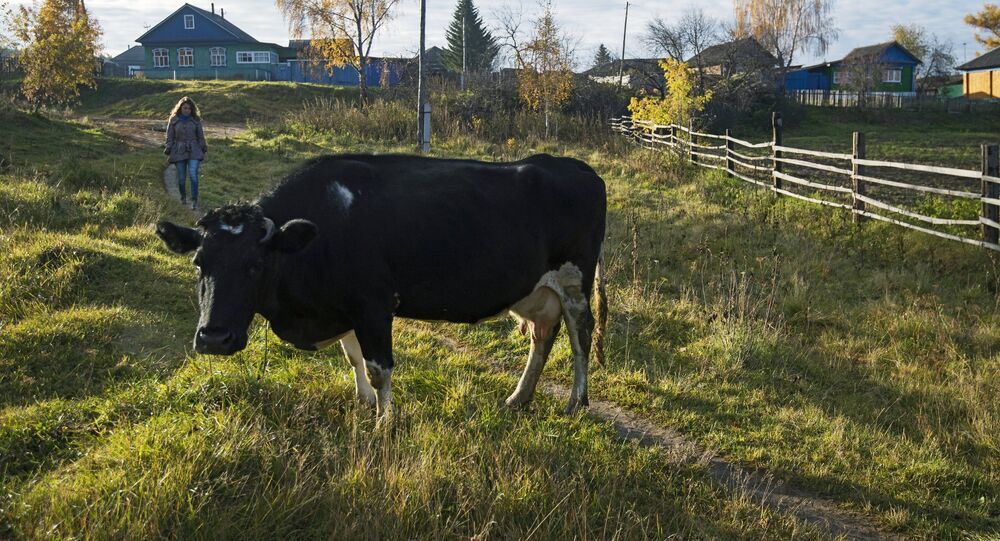 In his article, published by the US newspaper Christian Science Monitor, Weir specifically quoted one such farmer, Alexander Sayapin, as saying that Russia's near-complete ban on food products, including dairy imported from EU countries, created an opportunity.

"We've tripled our production in the past year, and we've carved out a place in the market," Saypain said in an interview with Weir.

Despite the persistent economic woes, Russia's agriculture seems to "be rebounding briskly", Weir said, attributing the growth to a comprehensive program of subsidies aimed at promoting private farming.

The program was introduced in 2012 and includes "low-cost loans, controlled prices for fertilizers, support for producers of domestic farm machinery, and state financing for other vital elements of agricultural infrastructure", according to Weir.

He said that all this "clearly had an impact" and that Russia, which previously was one of the largest importers of chicken and pork from North America, became a net exporter of pork for the first time in history in 2015.

"Russian agricultural exports were [worth] 20 billion dollars last year, more than the country's arms sales, and are expected to grow this year," Weir said.

Separately, he pointed to the sanctions adding to the revival of traditional Russian cuisine and the favorable environment for Russian producers of "old ingredients like beets, cabbage, buckwheat, tvorog (Russian-style cottage cheese), and kefir (a yogurt drink)."

In addition, Weir mentioned his interview with Soviet military officer-turned- businessman Andrei Davidov, who currently runs his own cattle farm in the nearby city of Kaluga in central Russia. According to Weir, Davidov "now has about 150 Hereford cattle at his cattle, which he butchers himself, and he makes a comfortable living supplying a supermarket chain and a couple of restaurants" in Kaluga.

© AFP 2021 / VALERY HACHE
Paris Support of Lifting Anti-Russia Sanctions Follows US Policy
Davidov said that he remains upbeat about his country's future as far as raising beef cattle is concerned.

"What this country needs is 800,000 private farms raising cattle, like in the US, and then maybe we'll be an agricultural superpower," he said.

Kiev and the West have repeatedly accused Russia of backing the supporters of the Donbass region's independence in eastern Ukraine. Moscow vehemently denies the allegations.

Russian Official: Easing of Anti-Russia Sanctions to Begin in 2016-2017