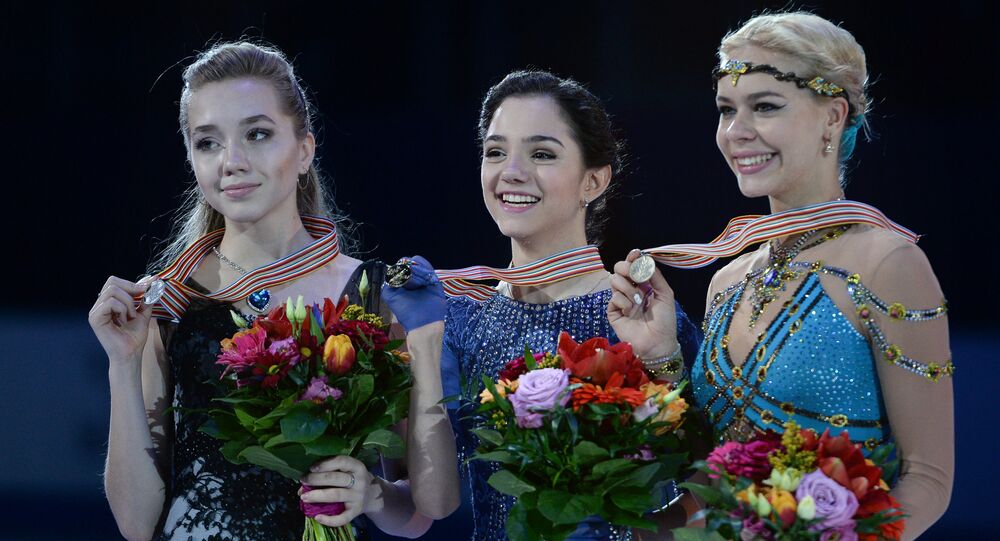 The German pair of Aliona Savchenko and Bruno Massot took silver with 200.78 points.

Bronze awards went to another Russian pair of Yevgenia Tarasova and Vladimir Morozov, who brought up the top three rear with 197.55 points.

She was trailed by compatriot Yelena Radionova with 209.99 points.

Anna Pogorilaya, also of Russia, finished third with 187.05, more than ten points ahead of fourth-placed Angelina Kuchvalska of Latvia.

Yelena Radionova took silver also at last year's championships in Stockholm, while Anna Pogorilaya bowed out with a bronze medal.