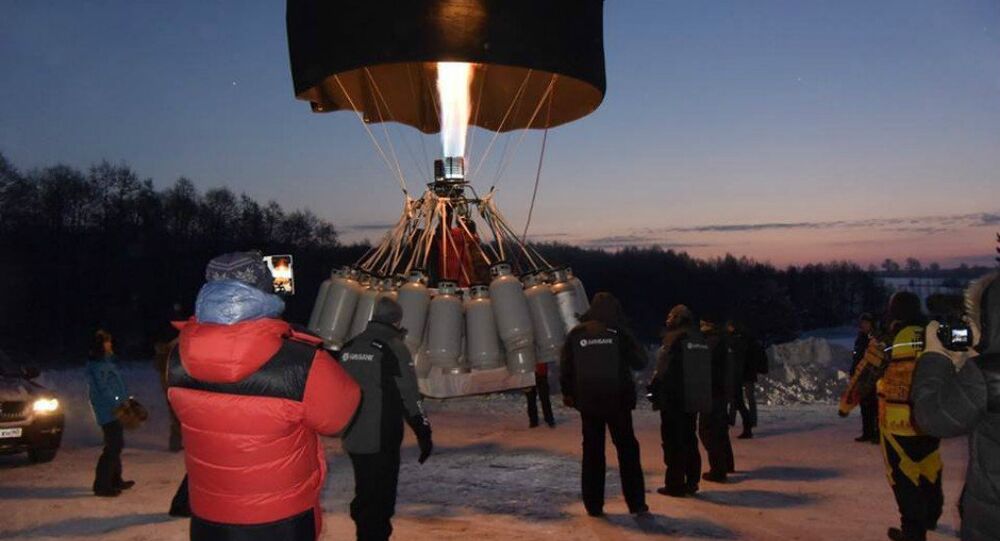 Russian hot air balloon pilots Fedor Konyukhov and Ivan Menyaylo set a new world record for a hot air balloon flight when they touched down on Monday after more than 33 hours in the air.

"We needed to stay in the air more than 29 hours, we manage to last 33 hours and 30 minutes," Konyukhov told RT after making a safe landing in the village of Shestunikha.

"It is nice for us, my friend and I, pilot Ivan Menyaylo, for our homeland, to bring Russia another victory," said Konyukhov, who has completed numerous feats of adventure on land, across the sea and in the air.

As well as being an intrepid explorer, Konyukhov is also an Orthodox priest. He has circumnavigated the globe four times, and crossed the Atlantic 15 times in a sailing boat, and once in a rowing boat.

Konyukhov is so far the only person in the world to have reached five of the extreme poles of the planet: he has traveled to Cape Horn, Mount Everest, the Arctic Ocean pole of inaccessibility, the South Pole and the North Pole, the latter three times.

The intrepid aviators began their flight at 7:51 Sunday morning, when they lifted off from the Sonino aerodrome in the Tula region of Russia and headed north east, flying over the regions of Moscow, Ryazan and Vladimir.

They broke the previous Russian record for a hot air balloon flight after 19 hours and 10 minutes of flight, after which they settled their sights on breaking the world record, set by American William Bussey in 1993. Bussey flew more than 1,200 km in 29 hours 14 minutes, from Amarillo, Texas, to Milbank, South Dakota.

"It was very cold, at night it was minus 35 degrees Celsius, during the day it was minus 20," explained Konyukhov.

"But for me that's practice, because in two months I'm flying from the North Pole, there it will be colder," he said.

Watch Out! Man Barely Dives Out of the RC Plane’s Way

Swedish Airport Closed After Plane Lands Due to Bomb Threat