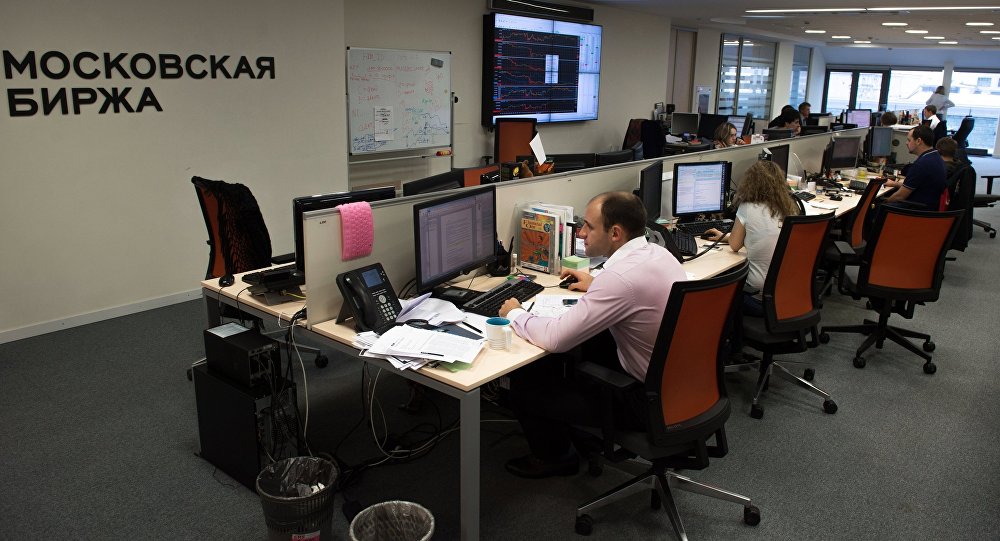 Alexander Afanasiev, the head of Moscow Exchange said that the share of international accounts on the Moscow equities exchange has been increasing.

© Sputnik / Alexander Vilf
Russian Economy in Very Difficult Situation - Gorbachev
DAVOS (Sputnik) — The amount of foreign capital in Russia is increasing despite opinions to the contrary growing in popularity over the past two years, the head of Moscow Exchange said Wednesday.

"Cliche one is that there is exodus of international capital from Russia, I cannot confirm it, because the share of international accounts on the Moscow equities exchange has been increasing. In 2013, it used to be 38%, now it is 44-48%. In derivatives it doubled from 18 percent to 40 percent," Alexander Afanasiev said on the sidelines of the World Economic Forum (WEF) in the Swiss town of Davos.

© Sputnik / Alexey Kudenko
Ruble Sinks to 79 to Dollar, 86 to Euro for First Time Since December 2014
He said another widespread opinion was that retail investors were also leaving the financial market.

"It is also not true, as the number of active accounts increased in all segments from 30 percent up to 50 percent," Afanasiev added, refuting the believe that Russian indices were falling due to sanctions and declining oil prices.

The Russian economy has been set back by economic sanctions, introduced by Western countries over Moscow's alleged interference in the Ukrainian conflict, and falling oil prices that hit record lows in January.