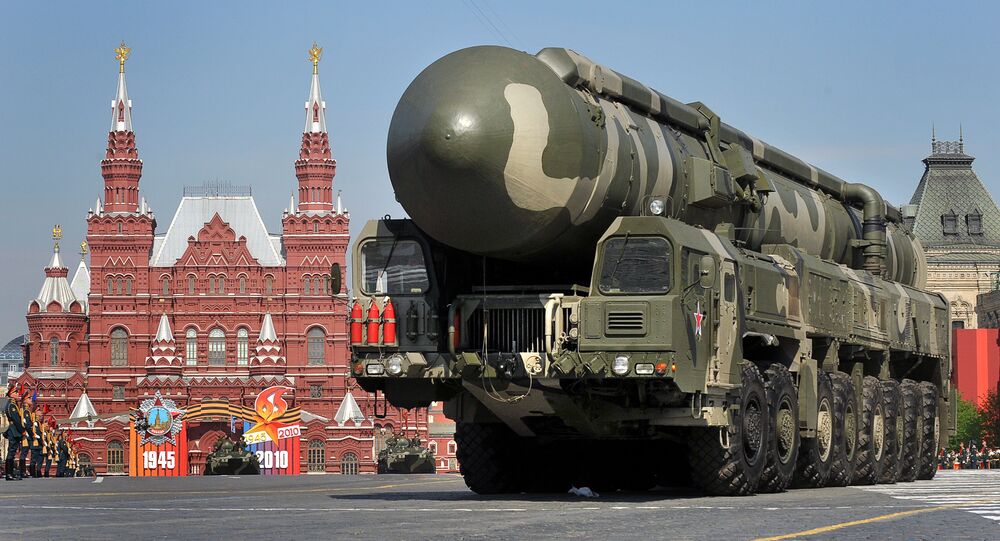 “Russia will continue to place top-level attention to issues of disarmament and observing the non-proliferation of weapons of mass destruction. But it needs to be understood that the national interests of our country dictate the need to maintain our own potential in [nuclear] restraint that guarantees the sovereignty and territorial integrity of Russia,” Lukyanov said.

Additions to Russia’s national security strategy have been included because of the heightened situation that has accumulated over the last few years, Evgeny Lukyanov said.

“The additions have been added taking into account the tension of the international situation that has occurred over the last few years. The United States and its allies continue their course of struggling against  multipolar world order and centers of power that are alternate to the West. Military and political unions, as well as economic unions oriented toward Washington, are growing, and a policy of destabilizing [political] regimes that are objectionable to the United States is continuing,” Lukyanov said.

Russia’s new strategy in its national security gives particular attention to the Arctic because it is traditionally linked to the country’s national interests, Russian Deputy Security Council Secretary added.

“Much attention has been given to the Arctic region, to which Russian national interests have ben traditionally linked,” Lukyanov said.

The Arctic is considered to be a major source of hydrocarbons, minerals, fresh water and fish. The region's resources are a matter of interest for the states bordering the area; the countries of the Arctic Council, including Canada, Denmark, Greenland, Finland, Iceland, Norway, Russia, the United States and Sweden.

In 2013, Moscow announced a strategy to bolster its presence in the Arctic and boost the region's development by 2020.

Since then, Russia has been particularly active in exploring opportunities in the Arctic and is planning to build a unified network of military facilities in the region in order to strengthen its border defense.