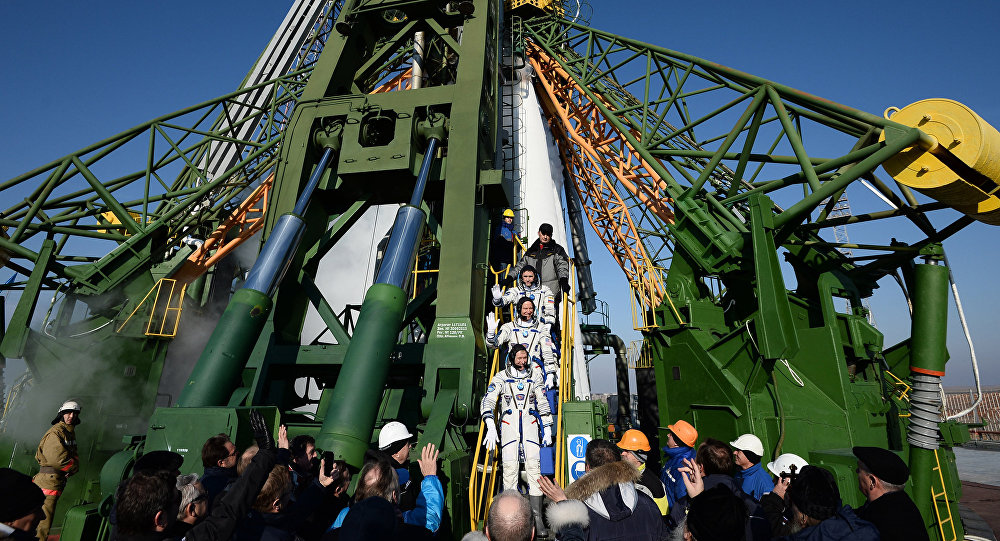 Russian Roscosmos state corporation announced in a statement Thursday the start of preparations to the launch of Soyuz-FG carrier rocket from the Baikonur space center, which will put into orbit the first manned spacecraft of a new Soyuz MS series.

© Sputnik / Maksim Blinov
Russia Remains World Leader for Space Launches - Roscosmos
MOSCOW (Sputnik) — According to the statement, preparation to the assembling of the first two stages of the carrier rocket has begun. At the same time, the specialists have started tests of Soyuz-FG's blocks.

The first launch of Soyuz MS will be one of the four manned launches from Baikonur to the International Space Station (ISS) in 2016. Three other launches are expected to take place on March 19, September 23 and November 16.  While cargo vessels within the ISS program are due to be launched on March 31, July 4 and October 20.