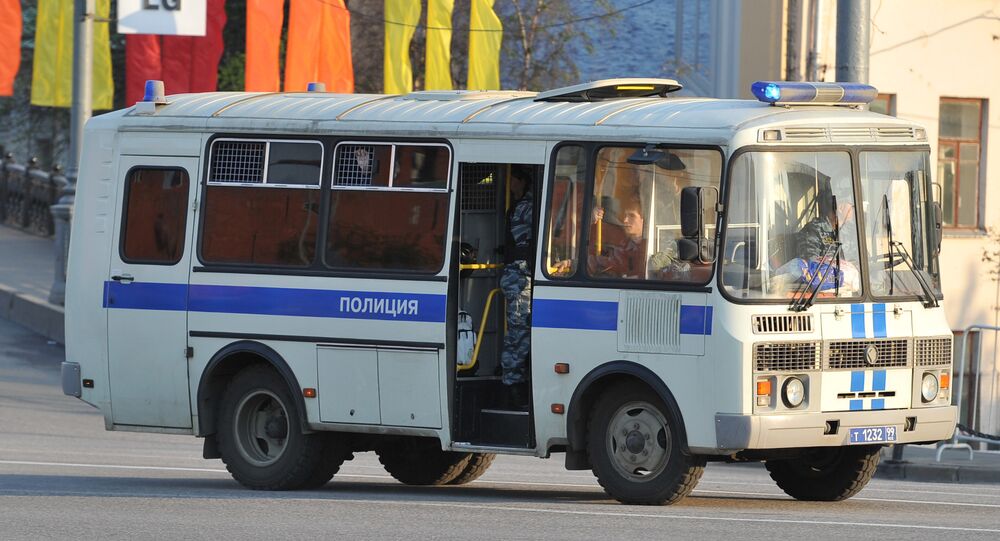 Moscow is set to launch a so-called “anti-terrorist” bus to patrol the city's streets. Costing $500,000, it will have jammers installed able to disrupt the signal between remote control explosives and have the capability to stop all radio connections in the vicinity.

© Sputnik / Valeriy Melnikov
Newest S-400 System Deployed to Protect Skies Over Moscow
The vehicle is set to debut later this year with the aim of increasing security, especially at major sporting events such as the 2018 FIFA World Cup, to be hosted in Russia, according to Izvestia newspaper.

It is set to be based on Germany's MAN Lion’s Coach R08 bus, Moscow City Council’s department of regional safety told the newspaper, adding that it will cost around $500,000.

The bus will be equipped with powerful jammers, able to disrupt the signal between remote control explosives and have the capability of stopping all radio connections in the vicinity. These jammers will be able to work for 10 hours without interruption.

Alexey Mayorov, the department’s head, said that the bus will be deployed at upcoming, high-profile events such as Formula E in 2016, the FIFA Confederations Cup in 2017 and the FIFA World Cup in 2018.

© Photo : Youtube/Coocxals
Russian Top-Secret Mi-35MS Helicopter Caught on Camera Near Kremlin (VIDEO)
Although the bus will have satellite, CCTV and radio capabilities a spokeswoman for the department has denied that authorities will use it to tap nearby conversations.

“Activities such as eavesdropping are not acceptable because all technology [used] takes into account the safety and respects the right of citizens. Nobody will be tapping anyone,” the newspaper quotes Yulia Mityurnikova as saying. “There will be video surveillance.”

“It is possible that the set-up is modernized in case of any need,” she added.

Although no final date has been set for the bus to be unveiled, the first event at which it will be used is May’s World Pentathlon Championships.