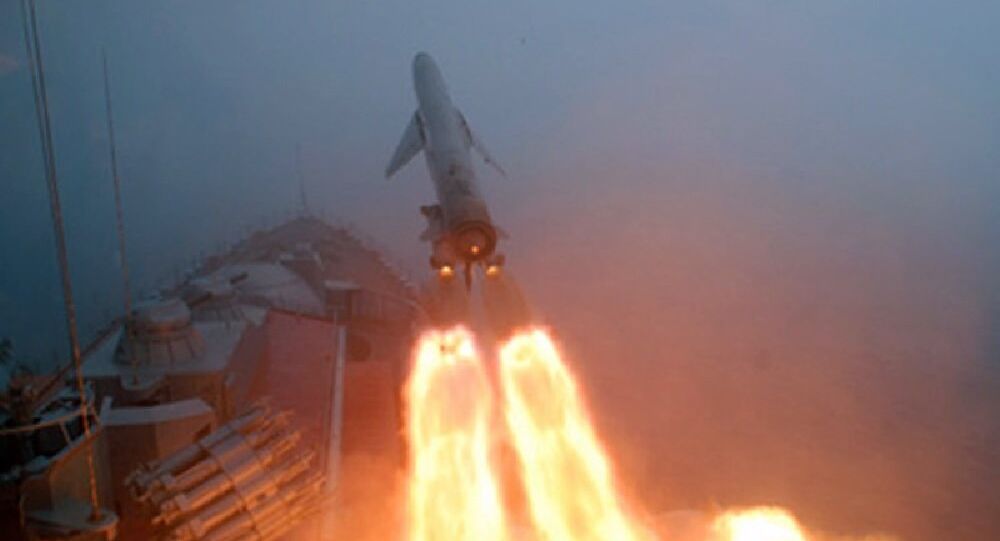 Top Gun: Why Nothing Comes Close to Russia’s Vulkan Missile

It wasn’t until the early 1970 that western arms makers finally realized the advantages offered by cruise missiles.

The Americans developed the Harpoon anti-ship missile, the French followed up with the Exocet and 1981 saw the entry of America’s famous Tomahawk cruise missile.

Not to be outdone, the Soviet Union focused on the development of a missile that would be stealthier and deadlier than its foreign analogues.

© Photo : sevastopol.info
Russia to Deploy Anti-Ship Bastion Missile Complexes in Arctic in 2015
Development of the P-1000 Vulkan long-range anti-ship missile began in 1979 and less than a decade later it entered active service with the Soviet Navy.

Intended as the replacement for Bazalt missiles, introduced in the early 1970s, the Vulkan features improved supersonic speed of Mach 2.8, an estimated range of 700 kilometers and may be equipped with a 350-kiloton nuclear warhead.

The purpose of this dreadful missile system is to allow Russian submarines and missile cruisers to engage aircraft carrier strike groups from safe ranges.

Just like its predecessor, the Vulkan covers much of the distance to its target at a high altitude and swoops down to just over 10 meters during the final stage of the flight which makes it virtually invisible to enemy radar.

Boasting a cruising speed of over 600 meters a second and in excess of 1,000 meters when nearing the target, the Vulkan remains steps ahead of the subsonic Harpoons and Tomahawks. Its 500 kg warhead carries enough punch to severely damage a destroyer, a cruiser or even an aircraft carrier.

The guidance system combines midcourse autopilot, terminal radar seeker, digital computer and improved performance against electronic countermeasures with the ability to select a target in the terminal phase of the flight.

Experts say that even though the Vulkan missile came along in the late 1980s, it still remains a top gun no one has yet been able to beat.