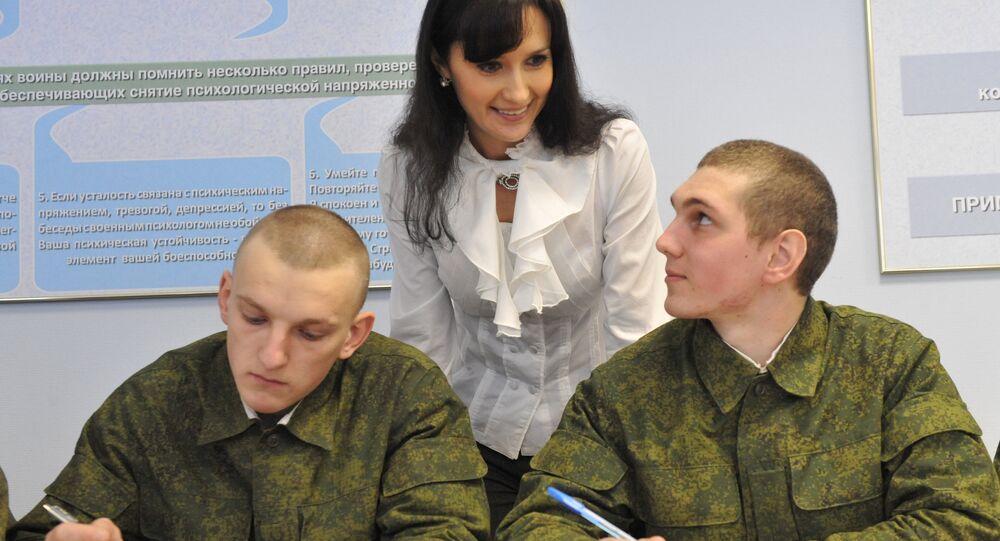 It is not clear if the military psychologists engaged troops the kind of exercises used by private companies, although the language used by Gordeyev appeared to suggest it. "Personal growth training" sessions such as those developed by Landmark Forum, have been criticized in the past for their questionable benefits although they have been sought out by corporations for team-building activities.

© Sputnik / Igor Ageyenko
Russian Armed Forces Complete Transition to New Field Uniforms
Although exercises with similar names are used by "personal growth" companies, they are also known to be used by psychologists outside of strictly-guided seminars led by private firms. Gordeyev did not elaborate on whether private companies were contracted for the exercises.

The Russian military has enlisted psychologists since 1994, although their numbers are relatively modest compared to the number of military psychologists in the US military. Psychologists in the Russian military were previously mainly tasked with mental health evaluations of prospective enlistees and officers, as well as tasked with preventing suicides. This appears to be the first large-scale activity outside the scope of mental health and aimed toward group cohesion.

Big Headache for US: Russia, China Have Increasingly Well-Trained Soldiers