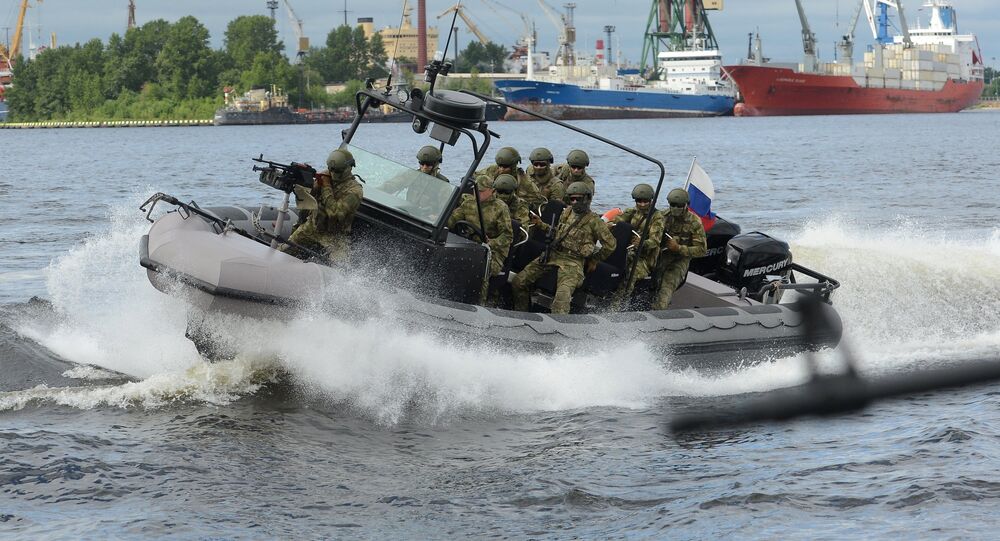 © Flickr / Pavel Vanka
Adapt and Overcome: New Russian Interceptor to Replace MiG-31
The Russian special forces are well-known throughout the world thanks to their efficient tactics and vast array of deadly and efficient weaponry.
However, certain objectives can’t be accomplished with guns alone, and require a more subtle approach.

Here are some of the tech tools employed by Russian special ops outfits.

During some missions, special forces have to deal not just with enemy personnel but also with various kinds of explosive devices.

© Photo : Russian Defence Ministry
2016: Russia's Northern Fleet Ready to Defend State Interests in Arctic
Enter the 'Fountain-ZM' – a cupola made of multi-layered Kevlar which weighs about 55 kilograms. By covering the explosive device, 'Fountain' helps contain the blast wave and shrapnel and drastically reduces the damage caused by the explosion.

'Injection' is a small hand grenade useful for non-lethal takedowns. After exploding, it disperses a powder-like irritating agent which causes those affected by it to choke. An operative of the Russian Federal Security Service (FSB) special operations unit told the TV channel Zvezda that the grenade also has a flashbang version, which may cause a partial loss of sight.

'Typhoon' was originally designed to neutralize improvised explosive devices. Essentially a sophisticated explosive charge attached to an extension tube, the device can be used to breach any kind of door or window. 'Typhoon' is activated via a remote controlled detonator, allowing for a coordinated assault, and the yield of the explosive charge can be altered depending on what kind of obstacle needs to be breached.