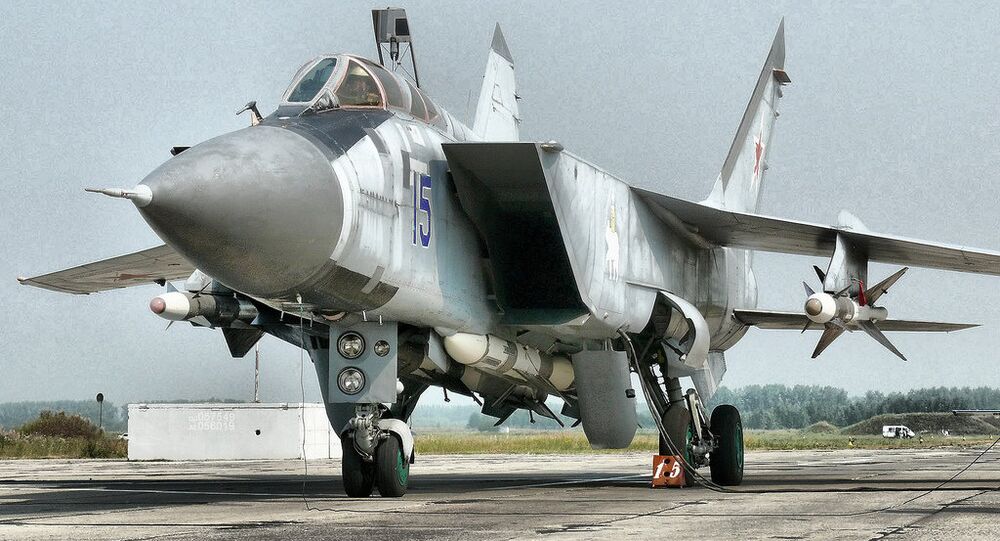 The Russian Aircraft Corporation MiG is currently working on a new military aircraft to replace the MiG-31, according to media reports.

© Photo : Youtube/Djoker
Russian MiG-29 Jet Practices Take-off From Ski-Jump
Despite being one of the fastest combat aircraft in the world, the Mikoyan MiG-31 (NATO reporting name: Foxhound) supersonic interceptor went out of production in 1994. However, as Russia still requires this type of aircraft to protect its sizeable airspace, the Russian Aircraft Corporation MiG is already working on a new combat aircraft which will eventually replace the old reliable Foxhound.

"The MiG-31 is in great demand to meet our country’s air defense needs. But it went out of production some time ago, although the functions assigned to the MiG-31 will still be required," the corporation’s CEO Sergei Korotkov told Russian Vedomosti newspaper. "We need a new aircraft to deal with these problems—which have, in fact, grown—based on new principles and new materials. And we understand what kind of airplane it will be: work is already underway to determine the aircraft’s design."

© Sputnik / Vitaliy Ankov
Russian MiG-31 Fighter Jets Practice Air-to-Air Combat Over Kamchatka
Korotkov didn’t share any other details regarding the new interceptor. However, when asked whether the sixth generation fighter will be a manned or unmanned plane, he replied that UAVs are unlikely to completely replace manned aircraft in the foreseeable future.

"I think manned and unmanned combat aircraft will coexist for a long time. Today, even though the intelligence of combat systems is growing rapidly, they still need a human to make a final decision," Korotkov remarked, according to Vedomosti.

"For simple tasks, unmanned aircraft will be enough, but for complex ones, a human presence—either as an onboard pilot or a drone operator—is still needed."