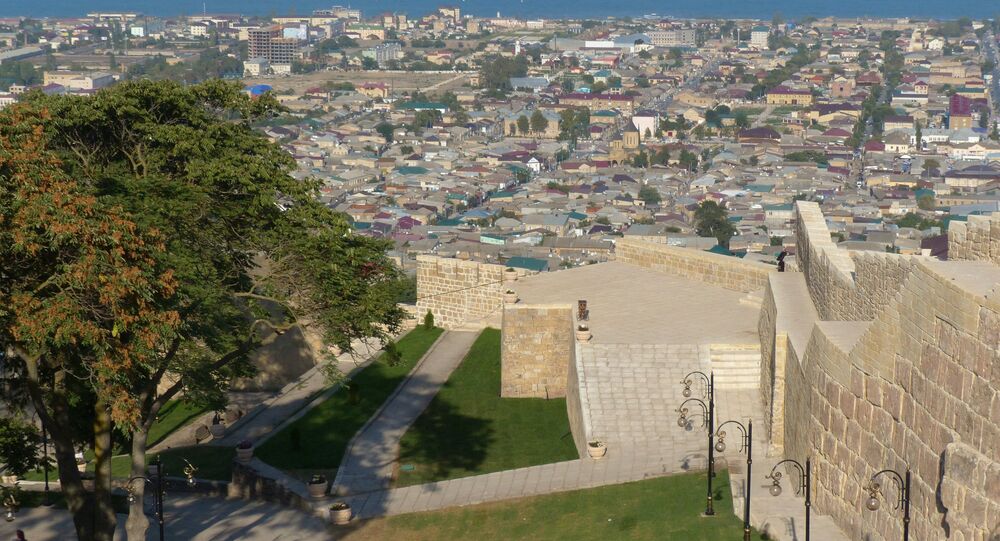 According to Russia's Health Ministry, at least one person was killed, 11 more injured in a gunman attack in Dagestan.

MAKHACHKALA (Sputnik) – At least one individual was killed and another 11 were injured as a result of a gunman attack on a group of tourists in Russia’s southern volatile republic of Dagestan, a spokesperson from the republic’s Health Ministry said Wednesday.

“As a result of the shooting, 12 people were [initially] injured, one of whom died later. All of the injured are in the Derbent Central State Hospital, four of them are critical condition,” the spokesperson told RIA Novosti.

According to the investigation, on Tuesday, at about 11:30 p.m. local time (20:30 GMT) unidentified persons opened fire at a group of tourists, standing at the observation deck in front of the the citadel of Naryn-Kala in Derbent. There were about 20 people, which had arrived to see the citadel by small groups in private vehicles.

© Sputnik / Konstantin Chalabov
Over 440 Pounds of Explosives Found in Russia’s Dagestan
A source in the republic's law enforcement told RIA Novosti that two employees of the Russian Federal Security Service (FSB) border department were among those that fell victim to the attack. According to the source, one of these FSB employees died as a result of gunshot wounds.

Another law enforcement source in said the tourists were targeted from three points, allegedly from a pine wood, located above the observation desk.

According to the information, obtained by RIA Novosti, security services are considering two main versions of the attack. According to the first version, the attack could be conducted by fighters from a local bandit group for intimidation of the local population. The second version assumes that fighters could know that the FSB employees were among these groups of tourists.

The region's interior minster is expected to arrive at the scene.

Terrorist Leaders Among Extremists Surrounded by Police in Dagestan