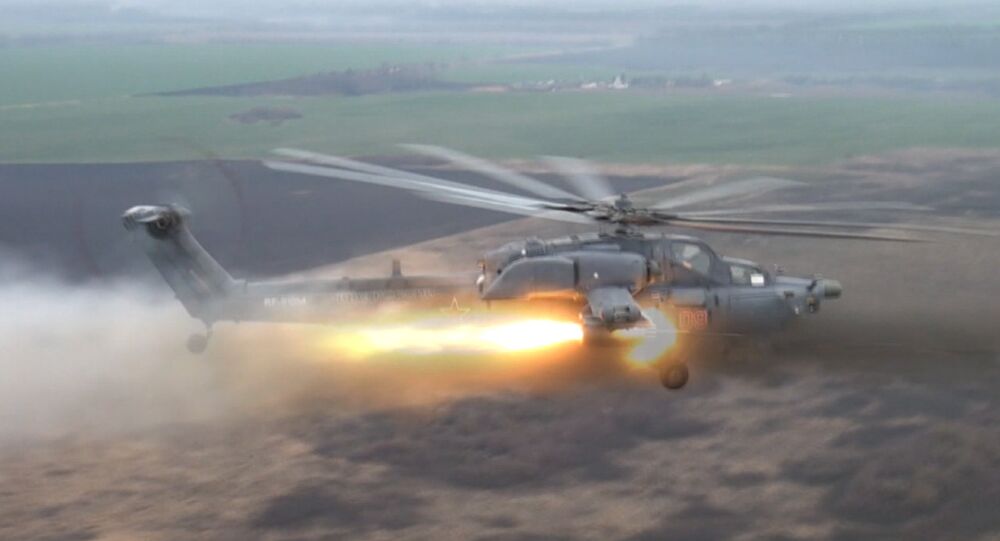 “The Vitebsk onboard electronic jammer ensures protection against enemy missiles and radar by generating optical and radio-electronic interference. It can also sidetrack heat-seeking missiles by creating an “electronic dome” around the helicopter and blinding oncoming missiles with a laser beam,” Alexander Gordeyev said.

© Sputnik / Vitaliy Ankov
Crews of Russian Mi-8 'Terminator' Helicopters Hold Missile Firing Drills
Currently being installed on helicopters stationed at a base east of Lake Baikal, the Vitebsk jammers will be added to several helicopter squadrons next year across the entire Eastern Military District, Gordeyev added.

The Mi-8AMTSh is a dedicated armored assault version of the Mi-8AMT helicopter. It carries cargoes and troops and supports them with firepower.

It can also perform evacuation and combat search and rescue. It can soften-up enemy defenses before landing, engage enemy infantry, armored vehicles and even main battle tanks.

It also has secondary air-to-air capability against low-flying aircraft, helicopters, and UAVs.