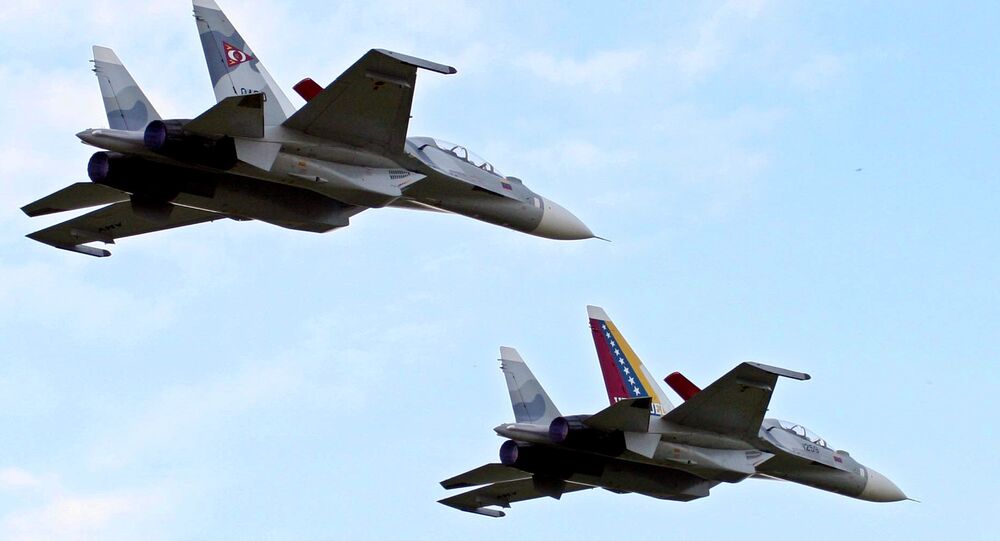 Russia’s Sukhoi Su-27 and Su-30 warplanes are among the world’s most sold fighting aircraft, according to a report published by an authoritative UK-based analytical center Flight International.

© Flickr / US Air Force
Russian Su-27 Fighter Aircraft Can Destroy Three New US F-35s
According to the report, there are 943 fighter jets of the Su-27/Su-30 families, which accounts for 6 percent of the total number of combat aircraft in the world.

These fighter jets are the third most popular combat aircraft in the world.

The US-made US F-16 Fighting Falcon fighter jet was ranked first, with 2,264 aircraft of this type making up 16 percent of worldwide use. It is followed by the F-18 Hornet/Super Hornet aircraft, which are also made in the US.

There are 1,047 F-18 fighter jets in the world or seven percent of the total number of military aircraft operational globally.

Youtube / granilux
The Majestic Su-34 DOGFIGHTS Its Cousin, the Su-27
With as many as 858 aircraft, US made F-15 Eagle fighters rank fourth making up six per cent.

Among the rest of the top ten combat aircraft ranked, the Mikoyan MiG-29 ranked fifth with 819 aircraft, the Mig-21 ranked sixth with 551 operational aircraft followed by the Su-25 with 503 fighters at seventh, the Chinese made F-5 with 482 aircraft, F-7 with 459 aircraft and J-7 fighter jet with 418 aircraft are ranked eighth, ninth and 10th positions.

As many as 6,208 aircraft of other types are operational with air forces of other countries, which makes up 43 percent of the total number of combat aircraft in the world.

There are 14,552 combat aircraft currently operational in armed forces across the globe, the report said.