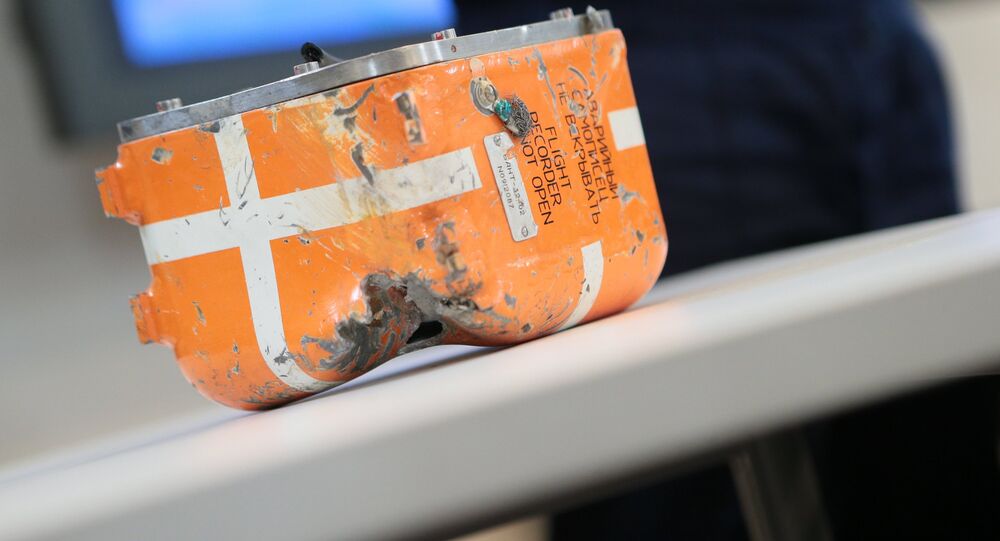 Severe damage to the flight recorder of Russia's Su-24 aircraft downed by a Turkish jet over Syria in November has rendered decoding efforts unsuccessful, according to investigators in Moscow.

So far, the examination of the flight data recorder has not drawn any comments from international observers, Bainetov said.

The procedure was also observed by the Mil Moscow Helicopter Plant's test flight safety director, while work was conducted under supervision by Moscow-based Interstate Aviation Committee (IAC) representatives, according to Bainetov.

The case of the "black box" has sustained severe damage, the official said.

"It has been established that the drive's case has undergone penetrating mechanical damage reaching into the inner container, and the electric wiring of the drive with the aircraft has been severed," Bainetov said.

Over the weekend, an investigation commission, IAC specialists and representatives from the Izmeritel flight recorder manufacturer studied the recorder's memory board and microchips, he said. X-ray analysis at the IAC's laboratory revealed the destruction of 13 of the flight recorder's 16 microchips. The remaining three are damaged, with two of them inoperative, according to the official.

"The microchip with the serial number BDD5 may be in an operable condition, as definite damage to its internal elements has not been revealed by the x-ray picture."

The deciphering can only be continued with third party help, and will need more time, Bainetov said. The investigation commission is looking into involving specialized scientific research facilities capable of extracting information directly from the microchip's crystals.

"The commission is studying the possibility of using the assistance of Russian specialized scientific institutions, which possess capability of reading data directly from the microchip."

"Unfortunately, this work will take a rather long time, but we will do all we can to succeed."

The deciphering can now take up to half a year, Maj. Gen. Vladimir Popov told Russia's LifeNews channel.

"If we manage to extract the information from the black box, we will be able to model the Su-24's flight in 3D to project the flight's trajectory down to the smallest detail," Popov said as quoted by the broadcaster.

The Su-24 was downed by an air-to-air missile shot from a Turkish F-16 fighter jet in Syria near the Turkish border with Syria.

Turkey maintains that the Russian aircraft violated of its airspace, something the Russian Defense Ministry has refuted on the grounds of objective monitoring data. Russia's President Vladimir Putin called the incident a "stab in the back," carried out by "accomplices of terrorists."

Experts From China, UK and US Participate in Su-24 'Black Box' Decoding

(Un)calculated Risk: Su-24 Incident Wasn’t ‘a Bolt From the Blue’