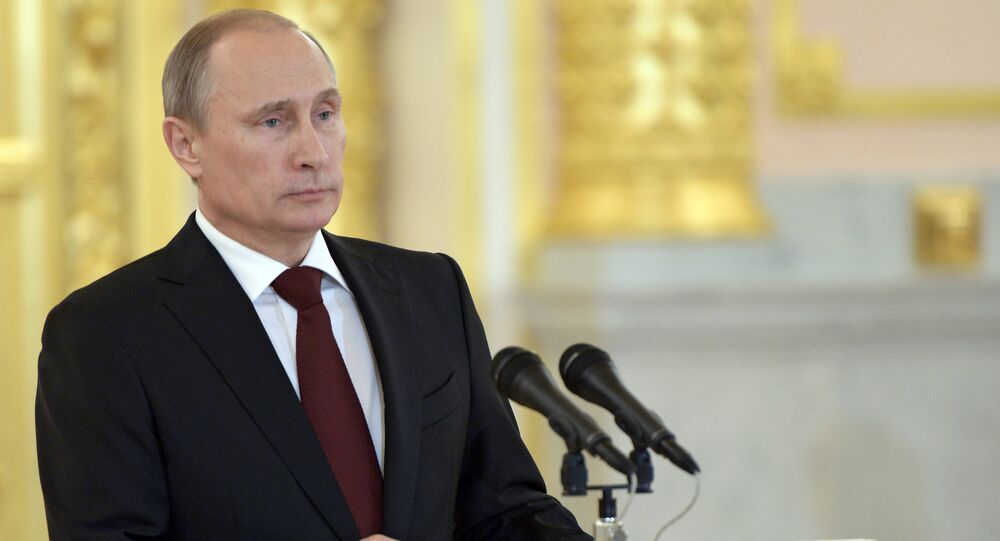 According to German political magazine Cicero, European countries should take Russian President Vladimir Putin into consideration, because without him it is impossible to resolve current international crises.

In one of its publications, German political magazine Cicero called Russian President Vladimir Putin a "Man of the Year".

"It is impossible not to admit that Putin has managed to become a key figure in world politics", Editor-in-Chief Christoph Schwennicke wrote in the publication.

"There is nothing happening without Russia. This was proved by the negotiations on the Iranian nuclear program; it is now evident in the case of the Syrian war and at the Vienna talks aimed at  finding a political solution to the Syrian conflict," the article said.

Schwennicke reminded readers of the Russian President's speech at the Munich Security Conference in 2007. He said that Western countries decided to ignore Russia's interests, although the Russian leader emphasized the role and place his country on the international arena, given the existing threats, and stressed the unacceptability of the unipolar order in the politics.

© Sputnik / Sergey Guneev
Forbes Nominates Putin as World’s Most Powerful Person Third Year in a Row
According to the article, Putin should be taken into account by Western leaders "more than ever before," because Russia is currently playing a key part on the global political stage.

Earlier, the influential American magazine Forbes nominated Russian President Vladimir Putin as one of the most influential men of the year.