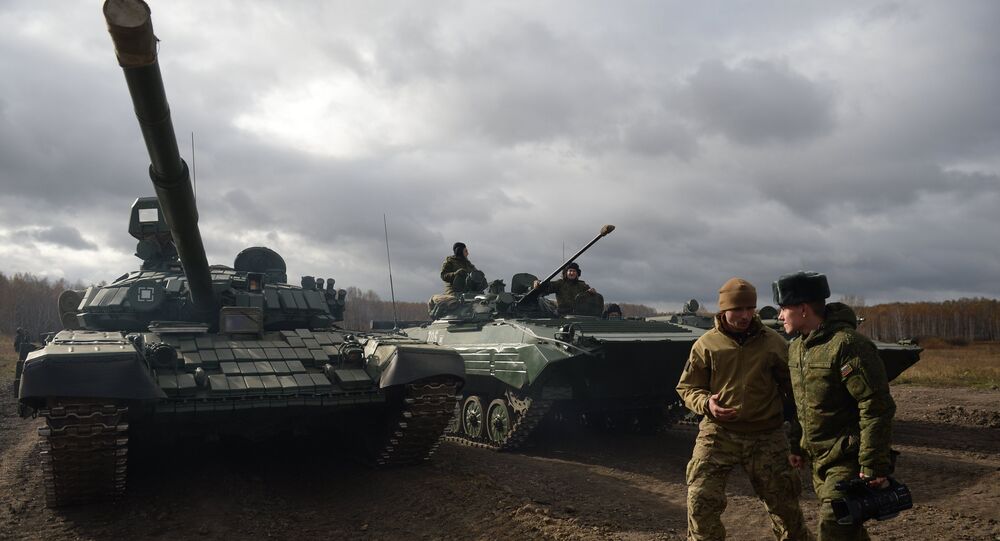 A final batch of upgraded T-72 tanks has been supplied to the armed forces by Russia’s flagship tank and fighting vehicles maker Ualvagonzavod.

The list of upgrades also includes a more powerful engine, better overall protection, a better gun and a modern multichannel ginner sight — all bringing the veteran fighting machine up to par with modern-day armored combat requirements.

Designed and built by Uralvagonzavod, the T-72 is considered by many experts as the best mass-produced tank of the second half of the 20th century. The T-72 and its modifications are currently produced on license (and without) in many countries around the world.

The T-72 is armed with a 125 mmm smoothbore cannon with guided missile firing capability.

The cannon comes in tandem with a 7.62 mm Kalashnikov  machinegun  and a turret-mounted heavy antiaircraft machinegun.

The 41-ton T-72 is powered by a multi-fuel V-12 air-cooled 840 hp engine that can run on three types of fuel: diesel, gasoline and kerosene.

Two 200-liter auxiliary fuel drums can be fitted on the rear of the hull. The T-72 can be fitted with a snorkel for deep fording, and takes about 20 minutes to prepare for amphibious use.