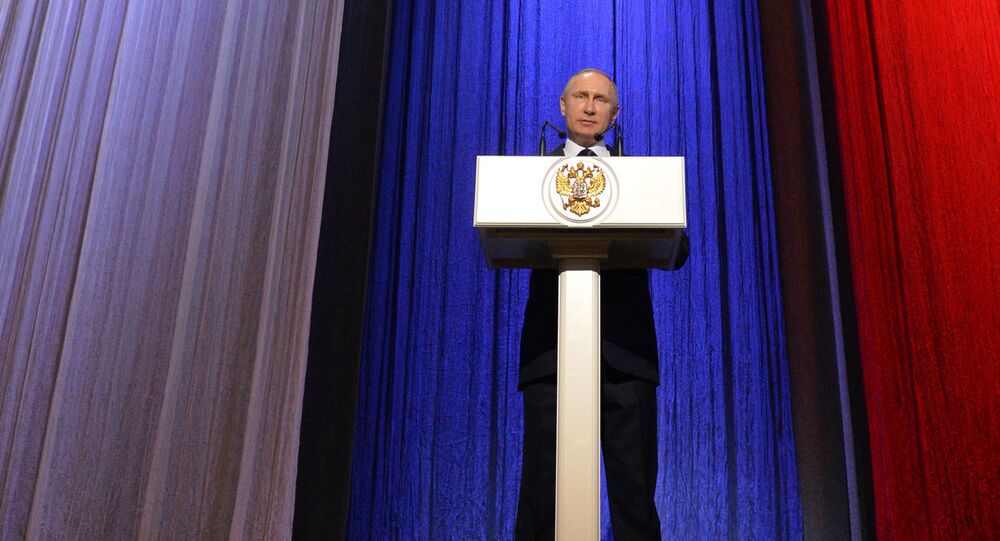 Russia has more cutting-edge military capabilities ready for use against terrorist group in Syria, the Russian President said on Saturday.

"We see how effectively our pilots and intelligence officers work in Syria and how effectively they coordinate their efforts. At that, they are diversified, and the Army, Navy and Aviation use the most modern weapons," Putin said.

"I would like to note that these are by far not all of our capabilities. We have, by far, not used everything of what we already have. We have additional capabilities. If necessary, we will use them too," he added.

© Sputnik / Dmitriy Vinogradov
'Worst-Case Scenario' Prevented by Russian Warplanes in Syria
On Friday, the United Nations Security Council unanimously voted for a resolution to the Syrian conflict, which see a tentative ceasefire agreement within the first half of January 2016. Countries involved in the negotiations also agreed that terrorist groups, such as Daesh (also known as ISIL) and the al-Nusra Front, would not be party to the ceasefire.

The Russian President also noted the that the need for cooperation among security agencies and branches of the armed forces is rising.

"The situation in the world is taking shape in a complex way. Tensions are rising in the Middle East and in other regions of the world. Terrorists have openly declared war on civilization, the entire world community. Their actions and plans are a direct threat to our country," Putin said.

Since September 30, Russia has been conducting an aerial campaign in Syria against terrorists groups including Daesh and the al-Nusra Front, following a request from President Bashar al-Assad.

UN Resolution on Syria Sets Example for Other Conflicts Settlement