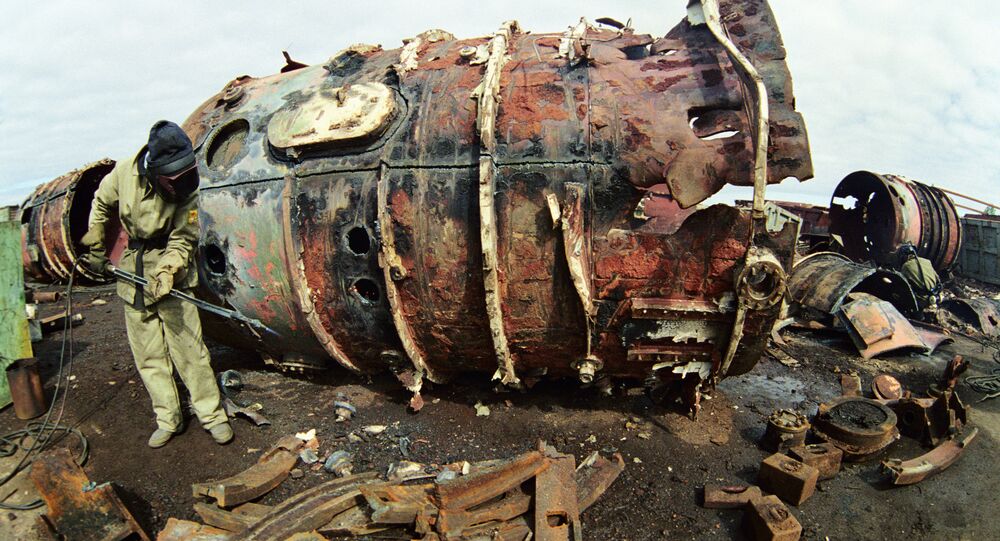 "We want to calculate the real financial bonus and what damage is done to our defense in terms of the technical control of our production," Rogozin told reporters.

The total budget of the Nunn-Lugar program on Russian armaments disposal, which was launched in 1991 and further extended in 1999 and 2006, stands at $8.8 billion, according to Russian media reports.

"Assessments will be made and reported to the country's leaders — the prime minister, the president — and certain decisions will be taken. I do not wish to make any predictions now, as this would be pure speculation," he added.

In 2012, Russian Foreign Ministry said US proposals on the Nunn-Lugar program extension in 2013 no longer met Moscow's views on cooperation in the sphere of armaments disposal. The United States expressed readiness to continue talks on the issue.

The program stipulated measures to enhance safety at nuclear plants in the former Soviet Union and create alternative work for institutions and production facilities previously involved in producing weapons of mass destruction.