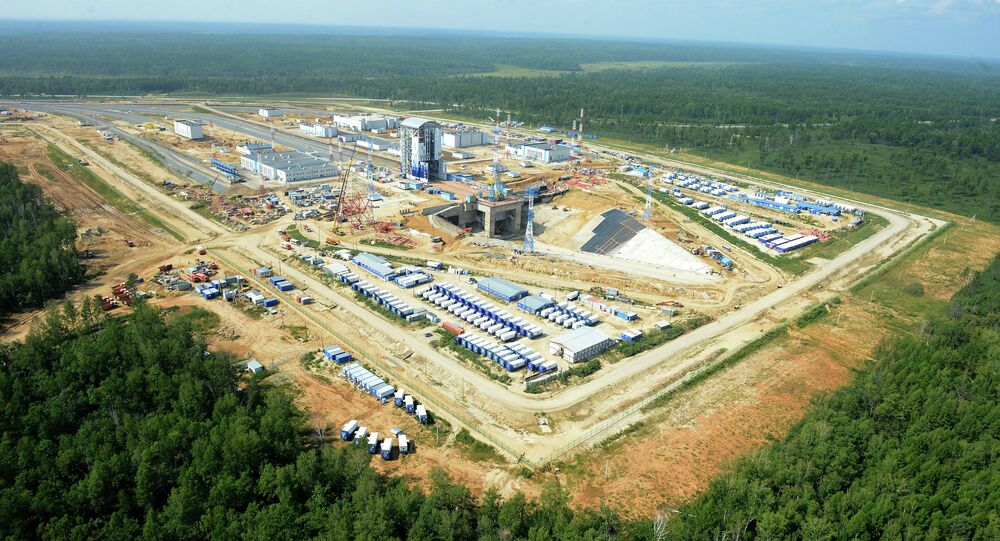 Russian President hopes that the completion and the first launch from the Vostochny space center would be carried out according to the schedule.

© Sputnik / Oleg Urusov
Full-Scale Drills at Russia's Vostochny Cosmodrome to Start in Two Weeks
MOSCOW (Sputnik) – Russian President Vladimir Putin expressed hope Thursday that the completion and the first launch from the Vostochny space center in Russia's Far East would be carried out according to the schedule.

"I hope everything will be done in time. There is a backlog which was large — up to a year and a half. Now it has been cut to four-five-six months. I hope that the first launches will be carried out by the schedule which we had set out, the first quarter of next year," Putin said at his annual press conference.

The Vostochny space center has been under construction in the Amur Region of Russia's Far East since mid-2012. Once Vostochny is completed, it will enable Russia to launch most missions from its own soil, reducing the country's reliance on the Baikonur Cosmodrome in Kazakhstan.

The total cost of construction of the Vostochny space center is estimated at 180 billion rubles ($2.9 billion), according to Russia's Federal Space Agency (Roscosmos).

On October 14, Putin gave his permission to make the first launch from Vostochny in the spring of 2016.

In early November, Roscosmos head Igor Komarov said the state space corporation had signed contracts for 31 commercial space launches, many of which will be carried out from the Vostochny Cosmodrome in 2018-2019.