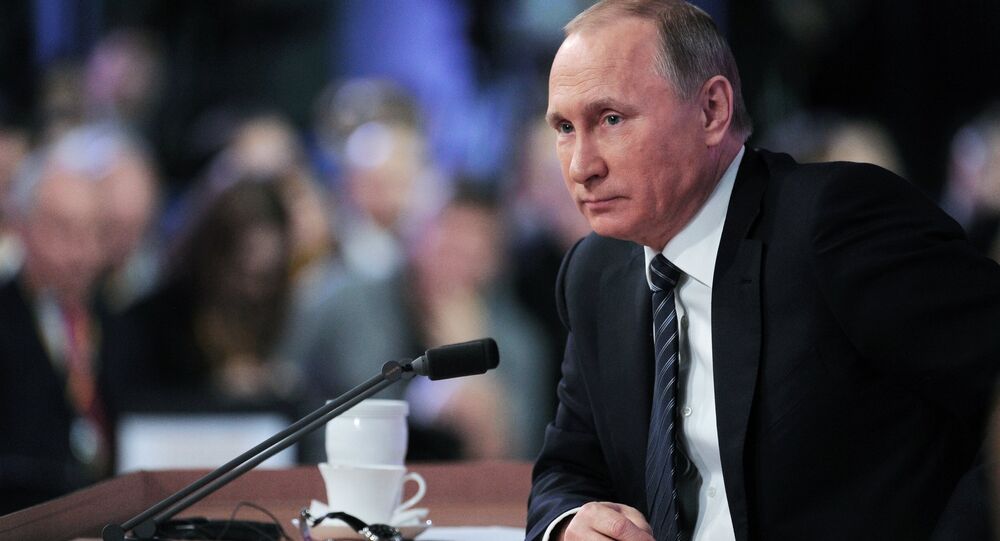 Though the Russian president said he had never discussed his family in public (first of all, due to security concerns), Putin nevertheless said that his daughters live in Russia and were educated in Russia.

"I have never spoken about my daughters and their occupation in public — for obvious reasons[security]. And I am not going to start now," Putin said.

The president has confirmed, however, that his daughters are currently living in Russia and they have never studied abroad. He also said that his children are not involved neither in business nor in politics.

"I've seen different reports about my daughters — the media were saying they are getting an education abroad and are living abroad. Now, thank God, this isn't the case. It's true: my daughters are living in Russia; they do not have any other permanent residence. They've only been studying at Russian universities," Putin stressed.

The president, like any father, is very proud of his children and speaks of their success with great pleasure:

"My daughters have never lived in the limelight. They speak three European languages fluently, they can also speak one or two oriental languages. What is more, my daughters do not only speak the languages, they use them daily at work. They are just starting their careers, but have already achieved something."

Putin Remembers Family’s WWII Past in an ‘Intimate’ Op-Ed

Is Putin Immortal? The Internet Loses Its Mind Over the Question