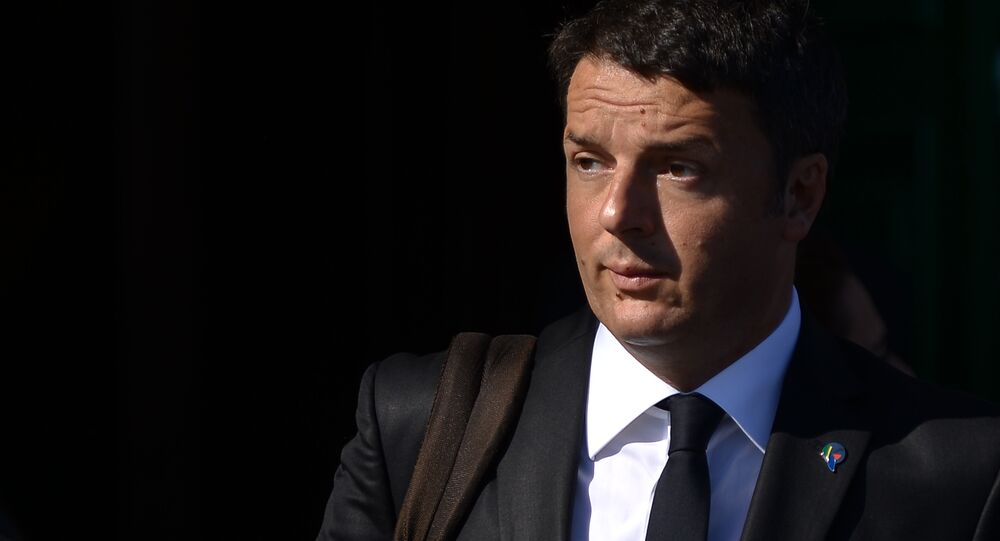 Italian Prime Minister said that Western sanctions against Russia are supposed to be reassessed in the coming months.

ROME (Sputnik) – The Western sanctions against Russia are supposed to be reassessed in the coming months, Italian Prime Minister Matteo Renzi said Wednesday.

"I believe that our stance on resuming dialogue with Russia will finally prevail. Yesterday, [United States Secretary of State John] Kerry met with [Russian President Vladimir] Putin. I think that the array of sanctions will be reconsidered. Not within days, but within a few months, and that is very important," Renzi told Italy's RTL radio station.

Italy is following the political course set by its "American friends," the prime minister added.

Relations between Russia and the West deteriorated in 2014 after Brussels and Washington accused Moscow of fomenting violence in neighboring Ukraine. A series of sectoral sanctions was imposed on Russia's energy, banking and defense industries. Moscow has denied involvement the Ukrainian civil war, stressing that it is not a side in the conflict.

The EU economic sanctions against Russia are due to expire on January 31.

A week ago, Italy called on the EU member states to debate the matter rather than "automatically" prolonging them for another six months.