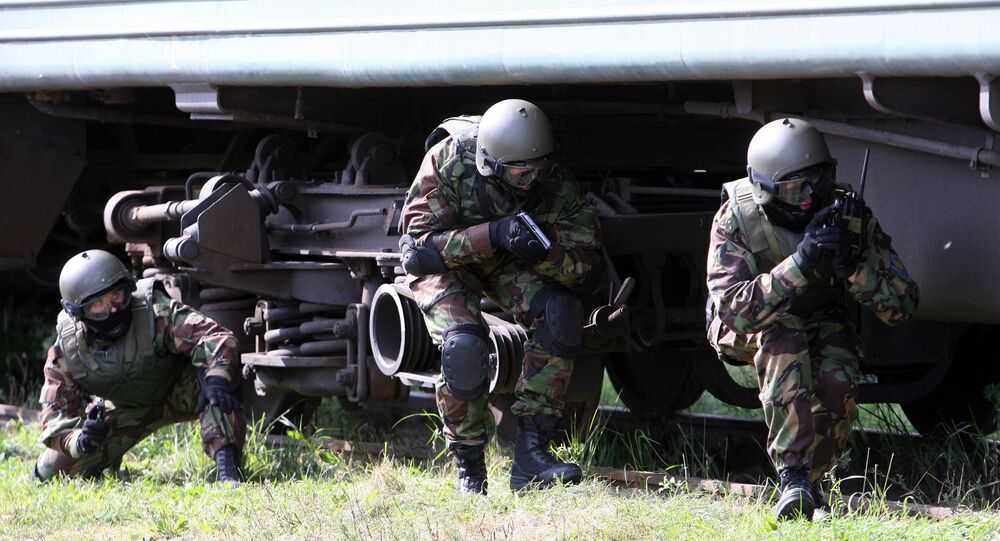 MOSCOW (Sputnik) — Bortnikov said at a meeting of the National Anti-Terrorism Committee:

"Law enforcement services have prevented 30 crimes of a terrorist nature. More than 770 criminals and their accomplices have been detained. Large amounts of illegal arms and assault weapons were seized."

An estimated 2,900 Russian citizens have links to terrorist groups in Syria and Iraq, according to earlier FSB reports.

Over 100 Russians have been prevented from departing for Syria and Iraq, Bortnikov said, adding that 80 have subsequent been convicted while 41 remain under arrest. More than 1,000 Russian citizens are under criminal investigation over suspected involvement in terrorist activities abroad, according to the FSB director.

US Air Force
Obama's 'Surgical Strikes' Against Daesh 'Should Not be Plastic Surgery'
Bortnikov underscored that a set of preventive measures "has allowed [the Russian security service] to increase almost threefold the number of people who chose to abandon terrorist and extremist activities, from 34 [people] in 2014 to 98 in 2015."

The Islamic State (IS, or Daesh in Arabic), one of the largest terrorist groups, is known for recruiting young people from all over the world through its extensive use of social media.

Between 20,000 and 30,000 foreigners are estimated to be fighting alongside Daesh extremists against government forces in Syria and Iraq.

Daesh is outlawed in Russia, where it is classified as a terrorist organization.

"We need to strengthen the counterterrorism and anti-extremism propaganda with the position of the interagency committees to counter the ideology of terrorism, with the participation of the Education and Science Ministry, the Interior Ministry, [the telecoms watchdog] Roskomnadzor, [the youth affairs agency] Rosmolodezh and [the press and media agency] Rospechat," Bortnikov said.

The FSB chief called for the involvement of society, the media, youth organizations and teaching staff at universities, as well as the introduction of preventive measures in schools located in problem regions, to curb extremist ideology.

"The situation in the counterterrorism sphere in Russia retains a tendency to normalization, but it is still difficult," Bortnikov added.