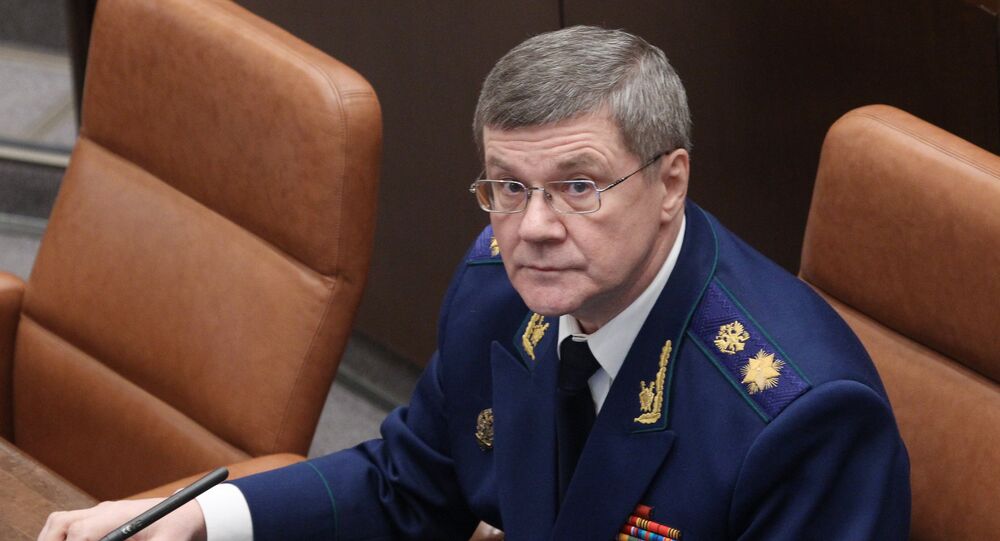 Russian Prosecutor General Yuri Chaika on Monday lashed out at the CEO of UK-based Hermitage Capital, Bill Browder, for sponsoring a large-scale smear campaign against him, including a recent documentary.

"I do not doubt that this movie, which is rife with lies, was ordered by Bill Browder and intelligence agencies that support him," Chaika told Russia’s Kommersant newspaper.

He complained that the defamation campaign was launched against him and his family across Europe – including action in Germany, Switzerland, and Greece – after the release of the documentary.

"An international attack of this scale is beyond the powers of many governments," the prosecutor argued, adding that Navalny did not have enough funds to shoulder the costs of movie production.

© Sputnik / Mikhail Fomichov
Russian Envoy to EU Condemns ‘Unprecedented’ Smear Campaign Against Russia
Browder’s goal is to "discredit the Russian Prosecutor General’s Office… to strip us of the help of our colleagues [abroad], which is essential to our efforts to keep track of Browder’s financial schemes that extend overseas," Chaika told the Russian outlet.

Browder, a financial investor and former employer of auditor Sergei Magnitsky, was convicted in absentia by a Russian court in 2013 in the Magnitsky case on charges of dodging millions dollars’ worth of taxes.